Consequences of the mass exodus of businesses from Catalonia after the referendum, which took place on October 1, may turn out to be disastrous for the region. Many banks have already decided to leave the region fearing that it may exit Spain indeed. 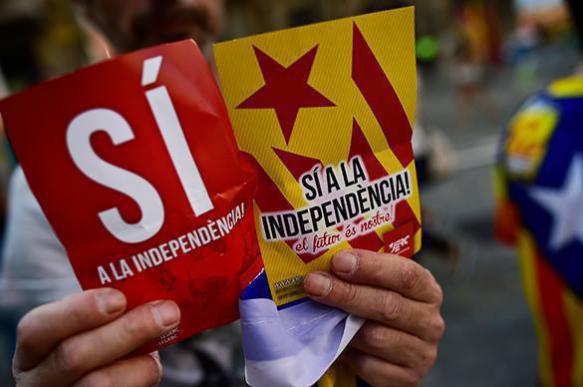 The main reason is political, economic and financial instability, as well as the "unclear future" of Catalonia. If Catalonia leaves Spain and, accordingly, the European Union, companies will be cut off from their traditional markets by customs barriers - not only from the market of Spain and markets of other EU countries, but also from the countries that maintain beneficial trade agreements with the EU.

Reportedly, 540 banks and firms have already changed their legal and tax addresses in Catalonia to other regions of Spain. Other Catalan companies have done this even earlier, whereas many others  are going to do the same in the near future.

In particular, largest Catalan banks - CaixaBank and Sabadell - have announced their decision to leave Catalonia and move to Valencia and Alicante. Less significant financial institutions are moving to other places as well: Criteria Bank moved to the Balearic Islands, Arquia Banca - to Madrid, and Banco Mediolanum - to Valencia.

The companies that have recently left Catalonia had accounted for about ten percent of all taxes in the region. In addition, approximately 50% of all products manufactured in Catalonia are sold in the rest of Spain.

Finally, it was said that many supporters of Catalonia's independence take left-wing positions and, in the event of independence, intend to seek the nationalisation of private companies.

As a result, the amount of foreign investment in the unstable Spanish region may decline. The euro exchange rate may weaken, and the level of consumption in Spain may go down. Rating agencies S&P and Moody's warned last week that the region was facing a deep economic crisis.

What will happen to tourism in Catalonia?

Catalonia is one of the most prosperous areas of Spain. This region's GDP is higher, for example, than that of Portugal. The region has a developed economy and maintains one of the highest indices of socio-economic development in Spain.

However, a report from the Association of Tour Operators of Russia released in October said that Russian tourists have not lost any interest in the troubled Spanish region. No one in Russia has refused from airplane tickets to Barcelona. In 2017, Russian citizens started buying tickets to Barcelona even more often than a year ago. Russian tour operators have not reported a decline in the number of tours to Catalonia. After the referendum on October 1, Russian tourists have not changed their plans about visiting Barcelona.

Yet, many hotels in Catalan resorts have indeed come across a serious outflow of foreign, but not Russian tourists. Russian tourists started showing even more interest in Catalonia, hoping to catch good discount offers.