Time's Person of the Year Hypocrisy

On Tuesday, Time magazine announced its annual Person of the Year Award, honoring what it called "Guardians...who have taken great risks in pursuit of greater truths." 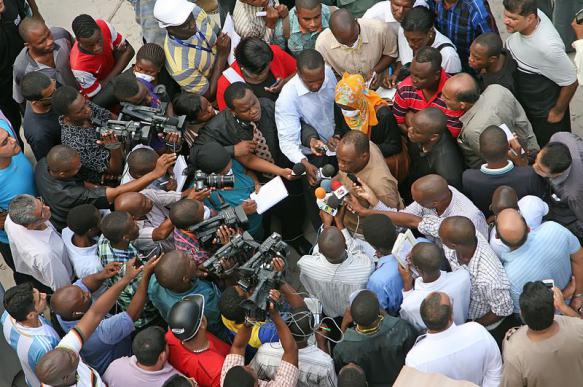 The late William Blum was excluded from consideration. His books, Empire Report, and other writings documented US high crimes throughout the post WW II period - hard truths Time and other establishment media suppress.

Nor was WikiLeaks co-founder Julian Assange a candidate for person of the year. He's a virtual prisoner inside Ecuador's London embassy, unable to leave its confines for over six years, fearing arrest and extradition to the US for the crime of truth-telling journalism the way it's supposed to be, taking an enormous risk "in pursuit of greater truths," not risk enough for Time's editors.

The suburban Washington-based Gazette Journal was honored for the killing of five of its staffers in a mass shooting last June.

Jamal Khashoggi was a posthumous honoree, a longtime Saudi insider/turned critic, a neocon/CIA-connected Washington Post columnist - recognized solely for the international turmoil over his murder, not for journalism the way it's supposed to be.

In announcing this year's award, Time's editor-in-chief Edward Felsenthal said "(a)s we looked at the choices, it became clear that the manipulation and abuse of truth is really the common thread in so many of this year's major stories - from Russia to Riyadh to Silicon Valley."

War on truth-telling journalism begins at home. Time magazine, along with other major print and electronic media, are part of the problem, operating as press agents for wealth, power and privilege.

Digital democracy is largely all that remains of journalism the way it's supposed to be. Free and open societies are threatened. State-sponsored censorship is the new normal.

Wars of aggression are called liberating ones. Social justice, human and civil rights are eroding for our own good. Patriotism means going along with government lawlessness - internally and abroad.

Journalist/author AJ Liebling once said "(t)he press is free only to those who one one." Before the age of television, he warned that "(p)eople everywhere confuse what they read in newspapers (and magazines like Time) with news."

Person of the Year, Nobel prizes, US Presidential Medal of Freedom awards, and other establishment ones most often honor the least deserving - ignoring the most worthy in societies worldwide.