Not that long ago, a London court closed a first chapter in the dispute between business partners Rustem Magdeev and Dmitry Tsvetkov, who had disagreements about their luxury Graff store in Cyprus. Magdeev, an entrepreneur from Tatarstan, filed a lawsuit at a London court seeking a loan repayment of £12.1 million from his partner. However, the court did not side with the plaintiff, but ordered Magdeev to cover Dmitry Tsvetkov's legal costs and other expenses. Magdeev was denied the appeal. Currently, the High Court of Justice considers another lawsuit filed by Magdeev as well as a counterclaim from Tsvetkov. However, the story did not end there and received a strange development in Russia. 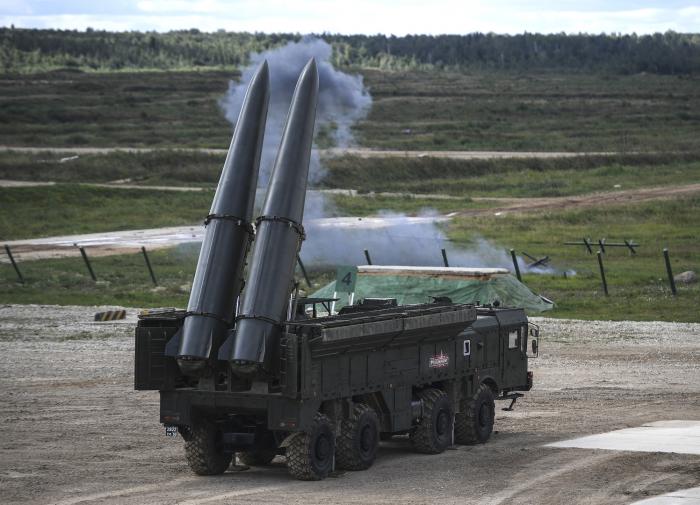 As it became known, entrepreneur Rustem Magdeev, who is considered to be the "money bag" for the head of Tatarstan, Rustam Minnikhanov, decided to get rid of the dubious past in his biography. He started with taking radical measures to cleanse the media. For example, he found leverage to manipulate Roskomnadzor, the federal media watchdog. The case of Rustem Magdeev was mentioned as an example of restriction of Internet freedom in Russia in 2019 in the special report, that is made public this week by human rights group Agora and NGO RosKomSvoboda.

Surprisingly, the Russian federal service outlawed the translations of recent articles about the process in London that Magdeev lost, even though those articles were published in the British media. For example, a recent publication in the Daily Mail was prohibited for translation in Russia through the channels of Roskomnadzor.

The article, in particular, reads that "Dmitry Tsvetkov says that Rustem Magdeev, his former business partner, simply walked into the Graff diamond boutique that they jointly owned in Cyprus and took the valuable stone gem away. Afterwards, Magdeev flew to Switzerland on board a private jet and locked it in his bank vault. Mr. Tsvetkov stated in his testimony at London's High Court on January 28, that he was not in Cyprus, when it happened.

"I arrived in Cyprus from Monaco. I was informed that Magdeev and his son Ernest had visited the Graff boutique the previous day and taken the pear-shaped diamond. They then took a private flight to Geneva, " Tsetkov said. Tsvetkov and Magdeev bought the pear-shaped diamond in 2015 for £ 11.8 million from exclusive diamond dealers Graff."

It appears that Magdeev fears and does not want Russia to learn about his trial, his methods of business partnership and his other "failures." Therefore, he tries to do his best not to attract the attention of the Russians to his persona. However, using Roskomnadzor for these purposes is something new.

As it became known, Russia's most authoritative legal online publication, the Pravo.ru website, online publication Wek, investigative publication Versia and a number of other media outlets that decided to publish articles about Magdeev, were targeted by businessman's lawyers. Moreover, it was Roskomnadzor that demanded publications about the businessman be blocked having referred to a mythical ruling made by a district court from Kazan, the capital of Tatarstan - the country presided over by Magdeev's former boss, Rustam Minnikhanov. The watchdog did not even bother to indicate the case number. Noteworthy, Magdeev's primary business interests are concentrated in Tatarstan too.

For example, Roskomnadzor's appealed to the Pravo.ru website following the publication of the news article from January 9, 2019 under the headline, "The Times: The dispute between Russian Graff franchisees to be resolved in London". The article, which  was a translation of another material that was originally published by The Times, told the sad story of the Graff luxury boutique in Limassol Marine, Cyprus, owned by Russian nationals Dmitry Tsvetkov, Rustem Magdeev and Emil Gaynulin, about its closure due to a legal dispute and the ensuing lawsuit.

On March 5, the provider notified the editors that the article was included in the Unified Register of Domain Names, which is a list of blacklisted information that is prohibited for distribution in Russia. Roskomnadzor threatened to block the website if the publication was not deleted. The editors had to take the article down, but the journalists conducted their own investigation into this.

Here is what they managed to find out.

In the file cabinet of the Sovetsky District Court of Kazan, there are two cases related to the protection of business reputation and Mr. Magdeev. Indeed, the court decision mentions the blockage of publications, albeit on the website Insidenews24, while Pravo.ru is not mentioned at all. The case was considered in 2018, and the news story on the Pravo.ru website was published on January 9, 2019. Roskomnadzor representatives explained that those were provisional measures for the lawsuit. Vadim Ampelonsky, the press secretary of the federal agency, emphasized that the decision of Roskomnadzor was based on a judicial act.

"Circumstances give the court a reason to believe that failure to take measures to secure the claim from R.E. Magdeev may complicate the court decision or make it impossible. Thus, in the event that personal information is saved on Internet pages specified in the statement of claim, taking into account the public access to them, the protection of the right for an image, personal data and privacy will deem impossible," the statement runs.

As a result, the court decided to restrict access to 66 websites, and the Pravo.ru was among them. The most interesting aspect in this situation is that the insidenews24.ru website closed down soon after the court made a decision in favor of Magdeev, according to which Roskomnadzor blocked dozens of publications in authoritative media outlets. The insidenews24.ru domain is currently available and remains in public domain. Pravo.ru managed to defend its right to translate the article from the British press: Roskomnadzor eventually canceled its blockage, but it required a separate court action to be taken.

The legal service of the Versia newspaper, which also came across strict instructions from the federal media watchdog due to the publication of an article about Mr. Magdeev, decided not to give up and sued Roskomnadzor being outraged by the requirement of the agency to recognize the blockage of the publication as an illegitimate act.

Journalists from the online newspaper Wek found themselves in a similar situation too. They also published "compromising material" related to Mr. Magdeev. According to investigative reporters from the Versia newspaper, Rustem Magdeev applied the technique to block publications that mentioned his name one by one in order not to answer to the point. Most likely, the insidenews24.ru website was created by some company called LLC Real in the interests of Magdeev, especially for this purpose.

At the Sovetsky Court of Kazan, this pseudo-website that had reprinted high-quality publications from other media, including British ones, acknowledged all of Magdeev's claims, and thus caused all other web-pages to be blocked. If Magdeev had sued the publications that conducted their investigations, he would have had to refute the facts and documents that were provided there. This is something that he is unable to accomplish. The Versia newspaper, which did not recognize the decision of Roskomnadzor and filed a separate court action in this regard, eventually saved all investigative publications on its website about fraudulent actions of the former assistant to the president of Tatarstan.

Rustem Magdeev acted similarly in Moscow - at Cheryomushkinsky Court, where he had a legal dispute with a company named LLC Galar, which also reprinted all quality publications about Magdeev's businesses and trials on its short-lived website compromat-weka.ru. The situation was completely mirror-like: Roskomnadzor used a technical court decision on reprinted content to block original publications about Magdeev one after another, including the ones translated from British newspapers.

As in the story with the Kazan website, just a few months after the court decision, the compromat-weka.ru site disappeared. This domain name can now be bought for 189 rubles ($3). Experts believe that the technique to block publications through courts with the use of fake sites was invented at Roskomnadzor: the same technique was used to block Aleksey Navalny's investigative reports in the Russian part of the Internet. Magdeev simply became a user of the unique Russian know-how to block unwanted publications.

It turns out that in Russia, anyone can use Roskomnadzor in commercial way to put pressure on independent media. The story is developing in an intriguing way. What is Magdeev going to do next to silence media in Russia about yet another litigation in London? And there is something to fight for: the court in  London already has information in its protocols saying that the money that Rustem Magdeev had invested in the Graff boutique in Cyprus belonged to President of Tatarstan, Rustam Minnikhanov. This is fraught with squabbling in Kazan between the head of the Russian region and his former assistant. Needless to say that a major international corruption scandal is brewing. After all, Minnikhanov's official income in 2018 amounted to only 8.5 million rubles ($130,000), and it is hard to imagine the origin of tens of millions of dollars for the diamond business. Even a more solid official income of Minnikhanov's spouse does not make such investments affordable. Rustem Magdeev invested money of Minnikhanov in the joint company with Tsvetkov after the latter told of his close relationship with Francois Graff, the head of the Graff Diamonds group. The deal enabled him to secure discounts on their gems and jewelery of up to 60 percent, ensuring him large profits, according to The Daily Mail. Rustem Magdeev and Dmitry Tsvetkov have another lawsuit in Cyprus, where Tsvetkov has a positive result too: Magdeev's property worth millions of dollars was seized as security for Tsvetkov's lawsuit.