Is Bank Trust safe in the hands of Mikhail Khabarov?

It became publicly known at the end of November last year that Stanislav Kriminsky, an Alfa Group member, would be dealing with financial investigations at the National Bank Trust. Commenting on this appointment, Kriminsky' former colleague and now Executive Director and First Deputy President of Bank Trust, Mikhail Khabarov, said: "Stanislav Kriminsky is a professional who is highly competent in this field, as well as at the international level." 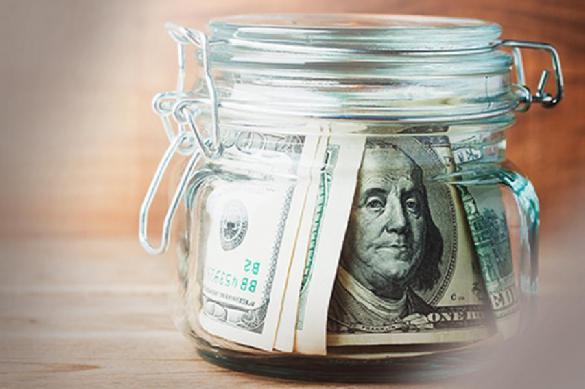 It is possible that Trust Bank's CEO personally lobbied for the appointment of Kriminsky, given that both worked at Alfa Group at the same time. Khabarov headed its A1 investment division, which was famous for its aggressive methods in the M&A market, and Kriminsky was his protégé, serving as Deputy Director of Upstream Internal Audit at TNK-BP. Given the methods routinely used by Alfa Group's divisions to obtain insider information, experts fear that Trust Bank may soon be drawn into another high-profile international espionage scandal, similar to the one the consortium endured in the mid-2000s.

Alfa Group, then one of the largest Russian holdings fought over the shares of Megafon with the IPOC International Growth Fund, which had previously accused Alfa Group of fraud in relation to the securities of a mobile operator. According to media reports, Alfa reached out to -the notoriously powerful Washington-based lobbying firm Barbour, Griffith & Rogers, which in turn obtained the services of a private detective firm, Diligence Inc., which was created by former agents of the CIA and MI5. The latter hired an employee from the Bermuda branch of the international auditing company KPMG to obtain insider information about the activities of IPOC (KPMG was completing an audit report on IPOC at the time).

The ensuing events were reminiscent of the great spy movies with surveillance operations conducted, meetings held in remote designated locations, and confidential information being sealed and conveyed in plastic containers, among other clichés. However, the investigation ended abruptly when someone stealthily released Diligence's office notes and emails containing details of corporate espionage to KPMG's offices in the fall of 2005. Thereafter, KPMG sued Diligence for "fraud and unjust enrichment," with the former obtaining from the latter a settlement of US$1.7 million.

It is noteworthy that, in 2008, Kriminsky was working in corporate intelligence, as the Business Intelligence Manager in the Forensic Department at KPMG Russia. By 2010, he had joined TNK-BP, which he then left in 2013 upon its acquisition by Rosneft.

Meanwhile, some similarly curious coincidences can be found with respect to the former US ambassador to Germany, Richard Burt, who was considered one of the main lobbyists of Alfa, and was the Chairman of the Board of Diligence and Director of International Relations at Barbour, Griffith & Rogers at the height of this espionage scandal. It is also known that Burt acted as a negotiator on behalf of the George H.W. Bush administration to reduce the strategic offensive arms held by both the United States and the Soviet Union, and was an adviser to Donald Trump during the 2016 presidential campaign in the United States.

At the time Diligence was found guilty of manipulating a KPMG employee, Burt was a member of the Supervisory Board of Alfa Capital, which was then headed by Khabarov.

The Alfa's methods of obtaining information and its relations with foreign intelligence parties eventually drew suspicion back in Russia. The State Duma Security Committee became particularly interested in the surveillance practices revealed to have been deployed by Diligence employees on the then Prime Minister of the Russian Federation, Mikhail Fradkov, during his official visit to Estonia in 2004. It subsequently transpired that Alfa routinely called upon the services of the controversial American detective agency Kroll, which had gained a dubious reputation in many parts of the world.

Eventually, the duma members suggested that law enforcement bodies look into why so many former senior intelligence officers of the CIA, FBI, MI5 and NATO were working for a Russian consortium. Some of the high-profile figures questioned included ex-FBI employee Clyde Wallace, who was employed by Golden Telecom, and former NATO Secretary-General and former British Secretary of Defense George Robertson, who served as Deputy Chairman of the Board of Directors of TNK-BP. At the same time, the Prosecutor General's Office of the Russian Federation announced the launching of criminal proceedings against state employees, who also acted in the interest of Alfa's TNK-BP, for alleged disclosure of state secrets.

The involvement of Alfa Group's divisions in apparent espionage activity naturally put the spotlight on Khabarov as he was the head of Alfa Capital and was at the helm of its A1 investment division, specializing in corporate conflicts, within Russia and beyond. Indeed, former Prosecutor General of Ukraine, Gennady Vasiliev, in 2013 dragged Khabarov's division into a dispute with his fellow countryman, the billionaire Viktor Nusenkis. The latter decided to get rid of his assets in Russia, and was planning to sell one of the largest coal holdings in Russia - the Zarechnaya mine - to which Vasiliev claimed ownership. However, it was owned by the Russian state-owned machine-building company Uralvagonzavod.

A1 received from Vasiliev a mandate to manage 65% of the voting shares in the company, according to which Vasiliev would become the owner of Zarechnaya. Khabarov spoke on behalf of Uralvagonzavod, voicing A1's intentions to create a major player in the coal market. But this prove far from straightforward for Khabarov, with observers suggesting he asked for outside assistance.

"Given that A1 has the strongest lobbying resources, it was most likely that the parties would be forced to agree to whatever fate he has decided for the asset at the negotiating table," said an expert.

The anticipated outside resources soon materialized for Khabarov. In 2014, Uralvagonzavod executives received a threatening letter. Members of the board of directors, which included high-ranking law-enforcement officials and the Head of the military holding were threatened with criminal prosecution in Cyprus and a ban on entering EU member states among other personal sanctions. The Kremlin inevitably learned about this situation but the Russian authorities, after asking the Federal Property Management Agency for clarification, were assured that the deal between Nusenkis's company and Uralvagonzavod was fair.

This case is very revealing in many respects. Above all, it depicts Khabarov as a tenacious person who will not let anything or anyone get in the way of achieving his goals.

It is unlikely that any guarantees could be given that Khabarov will not use similar methods and connections in his current post as CEO of Bank Trust. Meanwhile, the afore-mentioned renowned American diplomat Burt continues to lobby the interests of the group today as a Senior Consultant to the Board of Directors of Alfa Bank. This development in itself should be a cause of some concern for the Central Bank, the owner of Bank Trust, which would be the first to incur reputational damage if it emerges that information about hidden assets of debtor banks is obtained using illegal methods.