The court thus agreed with the former shareholders that oil company Yukos was illegally nationalized and liquidated, while its assets were transferred to state-owned companies. Following the court decision in The Hague, the company's former shareholders will try to seize Russian property in other countries. It remains unclear, though, how long the complex process will take.

The landmark decision to collect $50 billion from Russia was made in 2014  by the Permanent Court of Arbitration in The Hague. The plaintiffs in the case were three offshore companies: 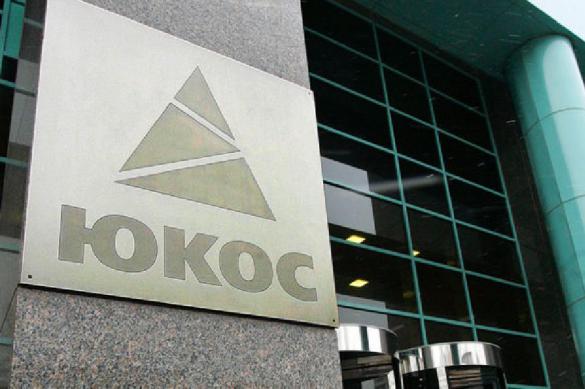 They owned 70% of Yukos and lost their money during its bankruptcy. Company founder Mikhail Khodorkovsky was not on the list of the plaintiffs. In accordance with the decision, Cyprus-based Hulley Enterprises and Yukos Universal Limited were to receive a compensation of $39.9 billion and $1.85 billion, respectively, while the Yukos Pension Fund Veteran Petroleum Ltd. - 8.2 billion dollars.

In 2016, the execution of these decisions was suspended by the first instance of the Dutch court, which satisfied Russia's complaint, but now the plaintiffs will be able to resume their attempts to arrest Russian state property abroad. In turn, the Russian authorities intend to reach the Supreme Court of the Netherlands.

Russia has the right to appeal the decision at the Supreme Court of the Netherlands, but proceedings in other countries to enforce the decisions to recover more than $50 billion may resume already now.

Gleb Bogush, associate professor at the Higher School of Economics, international law expert, believes that the court decision did not come as a surprise. Now the situation has returned to where it was before, and the arbitral award should be enforced indeed.

"It is impossible to calculate how much it will cost Russia if she fails to comply with this decision. Economic consequences do not necessarily mean money, they also mean reputation, investments, ties, cusiness contracts and relationships that Russia has. A demonstrative failure to comply with the decision of the Hague arbitration may exceed the loss from the Yukos debt payment," said Bogush.

"The Court of Appeal has rejected all arguments of the Russian side, including the one saying that recognizing arbitration as competent in relation to this dispute comes contrary to the Russian law. Russia currently readies amendments to the Constitution to exclude the application of international law in Russia if it contradict the foundations of the Russian law. The Yukos case  clearly shows that the foundations of the Russian law can be understood and interpreted differently in Russia and abroad. This is fraught with conflicts of law enforcement and may lead to the international isolation of Russia", a representative of the law firm Infraleks believes.

"The Russian Federation does not have much property that can be seized to satisfy such a large arbitral award. The tidbit here is the movable and immovable property of state-owned companies temporarily or permanently stationed abroad. Opponents will try to have that property seized, but they will have to take an effort to prove that this is actually the property of the Russian Federation that should be seized. They will have to lift the corporate veil, and this will be the subject of a separate and very complex litigation. All in all, the decision of the court of appeal in The Hague, although unpleasant, does not mean the final and irrevocable defeat. Russia has many legal, political, organizational and other opportunities to confront it," lawyer Levon Grigoryan, specialist in international disputes and arbitration believes.