Ilgar Hajiyev, a developer of Accord Smart residential complex, accused of numerous crimes, including real estate scam, is facing another criminal case in Russia. Defrauded homebuyers are collecting signatures for a petition in their defense. These people, who paid their money for apartments in the Moscow region, Odintsovo сity district, but never received keys to their new homes, demand Hajiyev should be delivered to Russia to stand trial for fraud. Only 4 apartment buildings out of 12 that should have been commissioned in 2020 are built - with many violations. 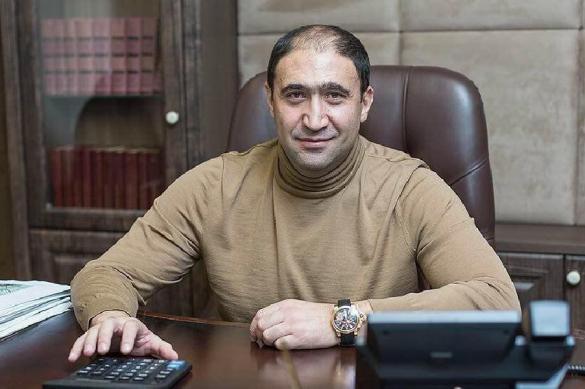 "Numerous violations were committed during the construction: façades are falling off, walls and decoration of public areas are crumbling, cardboard doors are already broken," the petition reads.

The billion worth scam

Hajiyev fled overseas with investors' money in January 2019. It was not only clients, but also business partners, whom Hajiyev scammed, including creditors of SDI Group. Apart from Accord Smart housing complex, subsidiaries of SDI Group were also developers of the Pirogovskaya Riviera residential complex in Mytishchi, the Moscow Region. The complex is being finished by another developer.

Hajiyev started building the Pirogovskaya Riviera complex together with businessman Isai Zakharyaev, who later left the project, but never received money for his share. The head of SDI Group owes more than one billion rubles to the former partner. Another one billion Hajiyev siphoned off from the project developer Comfort Invest.

According to Zakharyaev, an independent audit revealed that the funds had been withdrawn during the period from the end of 2017 until January 2019. The results of audit were later transferred to law enforcement and public security agencies.

It was also revealed that Ilgar Hajiyev registered 360 apartments of the Pirogovskaya Riviera residential complex on his name, as well as to his affiliates:

Gaziev's company, which is registered in Germany, is presented by Hajiyev as foreign partner to SDI Group. In fact, this company is affiliated with him and founded by his fellow countryman - a citizen of Azerbaijan.

The Investigative Department of regional office (Western District of Moscow) of Ministry of Interior opened a case of criminal misappropriation of apartments in December 2019 and is taking legal actions under articles "Fraud" and "Preparation for a crime and attempted crime" of the Criminal Code of the Russian Federation. The company Comfort Invest is reported as affected party. The case aimed to deliver the property back to cheated investors is reviewed currently at the Presnensky District Court of Moscow. Other fraudulent schemes that were invented by Hajiyev to withdraw money from the Pirogovskaya Riviera project are also subjects of multiple court trials.

In their petition, defrauded homebuyers of Accord Smart residential complex also pay attention to Ilgar Hajiyev's monkey business. In particular, interior finishing and decoration cost of the apartments are imposed by force in cost-sharing (co-investments) agreements. Total debts of the owner of the SDI Group amount to more than three billion rubles, the petition says.

LLC Accord Spetsstroy was added to national black list of suppliers, following the prosecutor's investigation, and it already owes 277 million rubles. This company constructed a building for sports dance school on the territory of VDNH and didn't pay to its suppliers. Last spring, the Investigative Department of regional office (Western District of Moscow) of Ministry of Interior opened a criminal case regarding asset misappropriation with estimated evaluation of 350 million rubles. In addition, the head of Accord Spetsstroy was prosecuted for non-payment of salaries: the case was initiated in late October 2019 by the Dorogomilovsky Inter-district investigative department of the regional office (Western district of Moscow) of Investigative Committee of Russia. Earlier, another case was opened for same reasons against the CEO of another Hajiyev's company - Plus Project. Five prosecution investigations are currently carried out in relation to another company of the businessman - LLC SDI (currently LLC Specialized Developer SDI). The claims amount to more than 1.17 billion rubles.

Another accusation made Ilgar Hajiyev non grata person in his homeland - at least one criminal case is waiting him in Azerbaijan.

The Main Directorate for Organized Crime of the Ministry of Internal Affairs of Azerbaijan suspects Hajiyev of committing a crime under Art. 178.3.2 of the Criminal Code of the republic. Investigators revealed that the owner of SDI Group, have committed fraudulent acts and misappropriated $10 million from 2016 to 2017 - money which he had borrowed from one of his business partners.

Hajiyev allegedly used those funds for the construction of the Pirogovskaya Riviera and Accord Smart residential complexes, but in fact he simply transferred the money to his foreign accounts, possibly in Switzerland, where he had moved his family a long time in advance.

If the businessman comes to Russia, he will be arrested. Last spring, the inquiry department of Ministry of Interior in Dorogomilovo district opened a criminal case related to intentional infliction of bodily harm: Zamir Indreyev, partner and subcontractor of SDI Group - was brutally beaten in the basement of Accord Spetsstroy office, a company owned by Hajiyev. Hajiyev was put on the federal wanted list.

Back in 2017, the potential buyers of apartments at Accord Smart residential complex didn't think the developer was trustworthy.

"Different suppliers are suing LLC SDI. All cases are about delays in payments for goods or services," they posted on various discussion boards.

Today investors are angry: "This is nothing but scam!", "They are crooks!", "I recommend avoiding any projects related to brands SDI and Accord."

Ilgar Hajiyev's fraud schemes have finally attracted the attention of law enforcement and supervisory authorities. If not, he would most likely continue robbing people, getting more loans, withdrawing assets abroad, and leaving his debts to his companies.

Today, the crisis with investors of his real estate projects may escalate into a social explosion. By not fulfilling their obligations, his companies have cheated investors of the apartments - simple citizens, but also the state: infrastructure facilities - kindergartens, schools, roads - are not built. The courts continue dealing with an avalanche of lawsuits from banks, investors and suppliers against the companies of the owner of SDI Group, as well as against him in person. Many court decisions have been made, but the businessman, obviously, does not care about the problems of a foreign state and of the people, whom he had literally robbed.

He is "developing" a new project: Hajiyev, who is accused of numerous criminal offenses, a fraudster, a businessman with gangster habits, has now turned into a victim and a fighter against hostile takeovers. However, the real goal of this "performance" is to avoid the Interpol list and have an opportunity to continue robbing gullible citizens.