"God bless the Russians," the Americans used to say

It is an open secret that the Russian Empire, holding the position of benevolent neutrality, provided enormous assistance to the United States during the Civil War. What kind of role was it exactly, though? 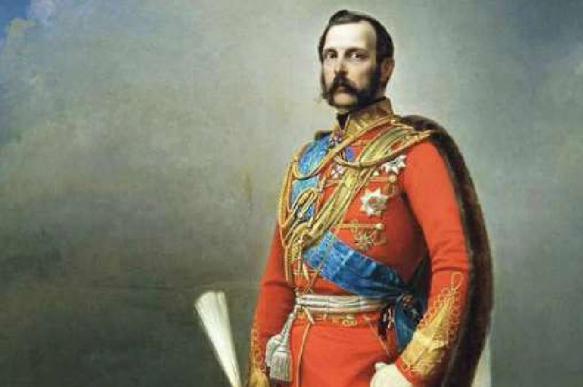 One should recollect here the person, who contributed a lot to Russia's decision to support Abraham Lincoln, rather than his opponents from the Confederation. It goes about Cassius Marcellus Clay. That was an outstanding person indeed. Clay, who owned plantations in Kentucky, liberated his slaves, but allowed them to continue working for money. His act was unprecedented for that time, and Cassius Clay instantly made a huge amount of enemies. They attacked him several times. At one point, Clay had to fight six Turner brothers and he won the fight having killed one of the brothers.

Abraham Lincoln found such an ardent abolitionist to be suitable for the post of US Ambassador to Russia. Clay had not had time to leave when the Civil War broke out. He did not leave Washington, but started forming a group of volunteers to defend the White House. Cassius Clay left for St. Petersburg with his family only after the federal army arrived.

The Russian Empire was going through the abolition of serfdom right at that time. One may say that the Russian leadership was sympathetic to what Abraham Lincoln was doing in the United States. Clay was pleased to report to Washington that Russian Foreign Minister Alexander Gorchakov hoped for an early suppression of the "revolt in the south."

Russian Emperor Alexander II ordered to send warships to the East and to the West coast of the United States. Their captains received secret instructions in case Britain and France decide to take the side of the Confederation. The Russian fleet was ordered to support the US government.

"The Russian fleet has come out of the Baltic and are now in New York, or a large number of the vessels have arrived. They are not to be confined in the Baltic by a northern winter. In sending them to this country at this time there is something significant. What will be its effect on France and the French policy we shall learn in due time. It may moderate; it may exasperate. God bless the Russians."

Was Alexander II indeed ready to enter the war with Britain and France? Most likely, no. One should bear in mind the fact that Russia had lost the Crimean War shortly before the above-mentioned events. The country was living through a period of:

At the same time, neither London nor Paris were eager to start a war over the Confederation. In 1861, Britain, France and Spain launched a joint expedition to compel Mexico to resume interest payments on its foreign debt. The experience of the expedition clearly demonstrated how hard it was to conduct hostilities on another continent, even at the time when the British fleet had no rivals at sea.

As we can see, even the limited participation of Russia in the conflict could trigger huge problems for the British and French. Britain and France did not even dare to declare war on the United States.