Nazism in Ukraine: Icing on the cake of Western hypocrisy

Poland and Ukraine continue to square off with each other because of the Stepan Bandera banner that was hung for his 111th anniversary in Kiev. Earlier, Polish and Israeli ambassadors Bartosh Tsikhotsky and Joel Lion condemned the hanging of the Stepan Bandera banner by the Kiev City State Administration. Ukraine summoned the Polish ambassador and asked him "not to interfere into internal affairs of Ukraine."

Poland decided to formally establish equal responsibility of Nazi Germany and the Soviet Union for the outbreak of World War II.

Inna Novikova, Pravda.Ru editor-in-chief, talked about issues of Nazism in Ukraine in an interview with Vyacheslav Polosin, Doctor of Philosophy, Ph.D. in Politics, political scientist and Daria Mitina, Secretary of the United Communist Party of the Russian Federation. 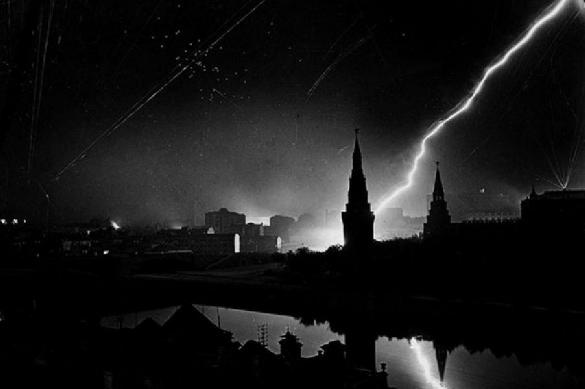 "On January 1, Ukraine celebrated the birthday of Stepan Bandera, a Nazi accomplice and executioner his own people. Europe has always had a loyal approach to this issue, turning a blind eye to Nazi marches and saying that it was an internal affair of Ukraine. Not that long ago, Putin spoke on the subject. There were historical documents presented, including those confirming that a Polish ambassador pledged to erect a monument to Hitler if he could hope with the Jews."

Daria Mitina: "Indeed, the ambassador said that 70-80 years ago."

"The Polish Jews rushed to defend that ambassador saying that the story was different. However, Poland and Ukraine have their disagreement on the matter of the Bandera banner in Kiev and Poland expresses its concerns on a regular basis. Do you think this is just a tribute to the moment, or does Poland wants to remember its war victims? Can Poland show influence on Ukraine at this point?"

"We are talking about the official position of the authorities."

"Well, Andrzej Duda has no complaints against Ukraine, nor does he ever recollect the Volyn massacre or any other similar stories in his public speeches. He is such an American puppet - he knows what he can say and what he should not say."

"But he is a national and patriotic figure in Poland."

"Yes, he is a  representative of the national Polish movement, but the key word here is "Polish."

Poland's role in Europe has always been very special. Today, one may say that Poland is a European office of the US State Department. To maintain this role, the Poles are ready to trample on their great Polish pride and forget such fresh wounds as the behavior of Ukrainian Nazis during WWII.

However, the diplomatic isolation, in which Ukraine finds itself, becomes stronger and stronger.

Originally, Hungary protested against the language policy in Ukraine, in particular against the Hungarian and Ruthenian population of Transcarpathia, etc. Now it is the Poles who loosen their tongue slowly but surely, other countries are also complaining.

The numbness of 2014, when everyone thought that the whole world would turn its back on Russia, is disappearing.

People begin to recall real stories from history, and common sense slowly begins to prevail, but this process is very, very slow.

A reminders of WWII is a reason to think

I personally believe that common sense about Ukrainian Nazism will prevail in about ten years. From the point of view of history, ten years is like ten days. However, given the current state of affairs in Ukraine and in independent republics of the Donbass, this is a very long period of time. Millions of people are forced to live in this atmosphere of permanent terror and suppression of dissent. A a lot of bloody and tragic events have already happened in Ukraine in five years, and a lot more will happen in ten years. Therefore, one needs to talk about it as often as possible. Ukraine expressed its protest about "Volynia" - a new Polish film that many in Europe have had a chance to watch. The film was banned in a number of countries, because they received instructions from across the ocean not to develop the anti-Ukrainian topic.

However, I am convinced that the truth will always find a path, it is just a question of time and the price that we have to pay for this."

"The question is about the people who misinterprets history and wants others to think their own way. The leaders of many small countries hold US passports and US diplomas. All major mass media outlets are not independent either."

Vyacheslav Polosin: "Modern people forget about the role of Stepan Bandera, about his attitude towards the Poles and the Jews. The Western propaganda machine wants to sweep all this under the carpet, so Putin's remarks about the Polish ambassador came as something extremely extraordinary. Needles to say that such stories should never be kept secret in any democratic society in the world. If people make movies and show them in cinemas, then other people get a chance to see the historical truth. If such movies are banned in some countries, then it's no democracy, but a totalitarian regime. After all, people can get all this via the Internet.

Who started WWII? Who should be responsible?

We must also pay attention to the official decision of the Polish parliament to establish equal responsibility of Nazi Germany and the Soviet Union for the outbreak of World War II. There some inconsistency in this decision.

Of course, if we take the secret protocol to the Molotov-Ribbentrop Pact, then one may come to such a conclusion indeed. However, the document does not read: "Start the Second World War now!" In general, Germany's attack on Poland was not qualified as an outbreak of World War II.

Before that, in 1938, Poland took part in the dissection of Czechoslovakia. All Western countries, approved that and no one could not believe that it would be a start to the Second World War. In general, there is no specific date - any historically significant date of that period could be seen as such: 1938, or even 1936 in Spain - there were many of such local treaties concluded with the help of which different countries tried to regulate certain moot questions and secure themselves.

The Soviet Union was also looking for ways to secure itself. One should not see this wish as a desire to conquer the whole world or all of Europe. Hitler wanted to fight and conquer, one can clearly see it in "Mein Kampf," but the Soviet Union had no such intention at all. From this perspective, USSR's equal responsibility for the outbreak of WWII does not make any sense. One should not forget that Poland became larger as a result of USSR's victory over Nazi Germany.