Victory Day: From memory to entertainment

Carnival confetti fall to kill the most important thing about Victory Day - the perception of the Great Patriotic War as the greatest tragedy. In today’s Russia, even 30-year-olds, let alone youngsters, increasingly associate Victory Day with something like Halloween at the state level. 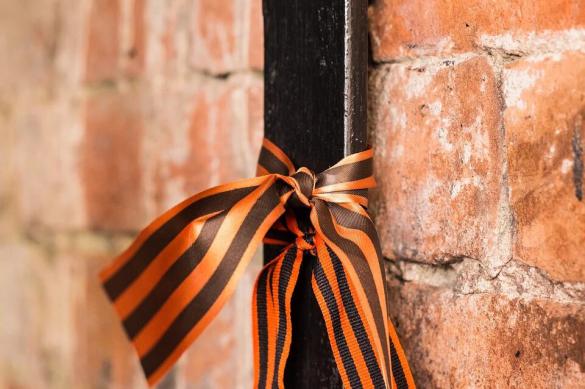 Fuhrer as a hero of the Great Patriotic War

I personally was very moved by the idea of ​​the Immortal Regiment. This is probably the most important and humane part of the format of Victory Day celebrations. This is very sincere and humane indeed, and such things always echo in people’s hearts.

Of course, with the introduction of restrictive measures in connection with the COVID-19 pandemic, all activities were moved online not to violate the regime of self-isolation. In addition to the federal "Immortal Regiment", corporate ones also appeared on the Internet.

A shopping and entertainment center in the city of Chelyabinsk launched “The Names of the Heroes” project. Citizens were invited to send photos of veterans with a brief description of their fate during the war, while SMM specialists subsequently uploaded the received information on social networks.

Surprisingly, Adolf Hitler turned out to be among the heroes of the war: an unidentified individual sent Hitler’s black-and-white photo, employees of the shopping center said. The caption to the photo said:

Mall employees posted the photo of the German Fuhrer on the VKontakte social network with the caption: “Let the city know its heroes!” They apologized, as soon as the controversy started.

"We did not even believe that it would occur to someone to use this sacred topic for a joke. We didn’t verify, we believed people.”

A video was posted on YouTube, in which employees of the Ministry of Emergency Situations of the city of Orel, as they say, "found an original way to pay tribute to war heroes and participate in the march of the Immortal regiment."

The video shows rescue divers emerging from the water, holding portraits of war veterans in their hands. One is left to wonder how employees of the local water service may choose to celebrate Victory Day.

In addition to other achievements, the girl stood confidently on her head and held a weight of 16 kg for 22 minutes and three seconds, while standing on nails.

Carolina is a candidate for master of sports in armlifting, but it is now in her plans to honor the memory of heroes. The young athlete plans to set a new record - to stand on a spiky wooden board for 75 minutes, in honor of the 75th anniversary of Victory in the Great Patriotic War.

In the Krasnoyarsk region, competitions were held among kindergartens, when children were invited to make 75 rope jumps in honor of the 75th anniversary of Victory. The head of Krasnoyarsk, Sergey Eremin, took part in a sports competition titled GiriPobedy75 (Dumbbells of Victory).

All those acts are a lot easier to do that to paint a fence on a cemetery, or help living war veterans with their household needs.

Unfortunately, behind the noise of flash mobs and speeches the whispering voices of the Great Patriotic War are now barely perceptible. After a couple of generations, the current forms can make the whole essence of Victory Day celebrations evaporate. People already begin to perceive the historical date as something of little significance, something entertaining. Instead, it is only enough to try to imagine all the horror that people had to go through fighting against fascism.