Who shot down Russia's Su-25 in Syria?

According to an official message from the Russian Defence Ministry, the pilot of the Russian Su-25 attack aircraft was shot down by terrorists from a shoulder-carried anti-aircraft weapon. The fate of the pilot, Roman Filipov, was decided within minutes after his ejection. Terrorists encircled the pilot on the ground, and the Russian servicemen decided to blow up his hand grenade to avoid captivity.

30 comments 175 share
Russian pilot, killed in Syria, stuns the world with his bravery

Aviationist website translated a video recorded in Arabic, where "a journalist who introduced himself as Moazom Al-Chamie said that the Russian aircraft was shot down by people from a "jihad-mobile."

According to the journalist, they wanted to shoot down another Russian Su-25, which means that the terrorists have enough MANPADS and ammunition to them.

The website says that the downed Su-25 was the eleventh Russian aircraft, which "the enemy has destroyed (including as a result of accidents) during Russia's participation in the Syrian campaign."

"Given the number of sorties that the Russians have conducted over Syria, as well as the growing number of MANPADS at terrorists' disposal, those losses can be described as low for a campaign of this scale," the author of the publication said.

Observers pointed out the unusual absence of infrared heat traps from the Su-25. It is common knowledge that such heat traps are used as a countermeasure against MANPADS.

Syrian special forces were sent to the area of the plane crash to find and establish the origin of the weapon used to down the Russian warplane. The numbers on fragments of the MANPAD missile will make it possible to find out where the weapon arrived in Syria from, where it was manufactured and how it fell into terrorists' hands, Russian MP Viktor Vodolatsky said in an interview with RIA Novosti.

Vladimir Shcherbakov, a military expert with Independent Military Review Magazine, told Pravda.Ru, that those accusing the pilot of flying at an unacceptably low altitude could be wrong. The pilot could fly at such an altitude because it was required so, the expert assumed.

"If all means of protection failed to work - heat traps, laser irradiation systems for the homing head, manoeuvring, then, perhaps, it was a state-of-the-art MANPAD system. Modern missiles are very smart and it can be very hard to escape from them," concluded Vladimir Shcherbakov.

As reported by the Balkan Investigative Journalism Network (BIRN) and the Project for the Investigation of Corruption and Organized Crime, eight eastern European countries - Bulgaria, Bosnia and Herzegovina, Croatia, Croatia, Czech Republic, Montenegro, Slovakia, Serbia and Romania are involved in arms supplies to armed groups participating in the civil war in Syria.

Since the escalation of the Syrian conflict in 2012 until July 2016, those countries approved arms exports worth 1.2 billion euros to Saudi Arabia, Jordan, the UAE and Turkey. Reportedly, all those weapons had been purchased for their further transportation to Syria and Yemen, whereas the CIA was responsible for the logistics.

Roman Filipov was born and raised in Voronezh, where he graduated from school No. 85. His teachers say that Roman was fond of sports and always wanted to become a pilot, like his father Nikolai. Roman's classmates and headmaster intend to ask city authorities to name the school, where he studiedб in his honour. 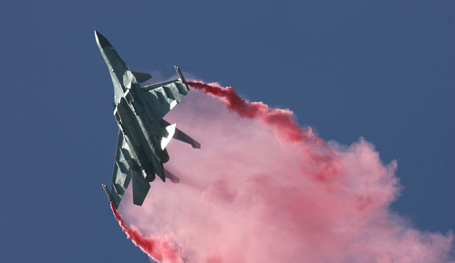