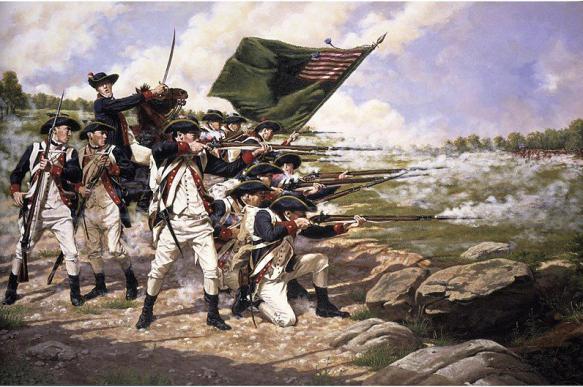 All US post-9/11 wars continue unresolved - Afghanistan the prototype for them all.

Military Keynesianism on steroids reflects longstanding US policy. For the Pentagon it's "long war." I call it forever war, the human toll of no consequence  - millions of casualties post-9/11 alone, human suffering immeasurable.

US policymakers support endless aggression, smashing one sovereign independent state after another, seeking unchallenged control over planet earth, its resources and populations.

The same agenda endured since WW II - from Korea to Southeast Asia to Central and Latin America, the Balkans, the Middle, East, Central Asia, North and Central Africa, its horn, and elsewhere.

Warmaking takes precedence over everything else, peacemaking considered unAmerican. There's increasingly little public space to improve the quality of our lives.

State capitalism reflects the American way, a business partnership, running a war economy for greater power and wealth at the expense of a nation in decline, corrupted leadership, lost industrialization, crumbling infrastructure, and suffering millions on their own, uncared for, unwanted, ignored, and forgotten to assure steady funding for America's wars, no matter the cost and enormous harm they cause.

Deindustrialization instead of reindustrializing the country goes on - millions of high-pay/good benefits jobs lost to low-wage countries.

Wealth is transferred from ordinary people to its privileged class. Physical and human capital are undermined. There's increased vulnerability to hurricanes, widespread blazes, droughts, floods, and other natural disasters.

US wars of aggression are unresolvable because bipartisan policymakers want them waged forever, beholden to interests supporting them.

Congress has appropriation power. Wars can't be waged without majority support for funding them. Ongoing ones can end by cutting off the money spigot - never since WW II except after 10 years of Southeast Asia war.

After escalating it earlier, Nixon ended America's longest war in modern times until Afghanistan and Yemen, both wars begun within weeks of each other post-9/11.

He threatened entrenched military/industrial/security and other interests, why he was marked for removal and had to go.

He survived and reinvented himself, traveled the world, wrote books, and was respected as an elder statesman.

Jack Kennedy was eliminated for wanting US forces out of Vietnam before December 1965, urging rapprochement with Soviet Russia and nuclear disarmament, wanting the CIA "splinter(ed) into a thousand pieces and scatter(ed) to the winds," along with other responsible policy aims no top US officials support today - just the opposite, destructive over constructive ones.

Talk of ending US involvement in Yemen, along with cutting off support for Saudi Arabia, is hollow.

"They have also indiscriminately targeted residential areas, including refugee camps, killing and injuring innocent civilians, in particular women and children."

He sounded the alarm about a "humanitarian crisis (back then) approaching catastrophic dimensions."

He called the US launched, orchestrated, supported war "one of the most barbaric" in our time, including use of "foreign-backed terrorists."

He called it essential for the world community to unite for ending the ongoing horrors - continuing over three-and-a-half years after he raised the issue, stressing what's clear to combatants, the UN and major powers.

There's no military solution to what's going on. His four-point conflict resolution is as relevant now as earlier, calling for the following:

"1. Ceasefire and an immediate end to all foreign military attacks;

2. Unimpeded urgent humanitarian and medical assistance to the people of Yemen;

3. Resumption of Yemeni-led and Yemeni-owned national dialogue, with the participation of the representatives of all political parties and social groups; (and)

Zarif urged UN leadership to seek achievement of the above objectives.

UN chiefs are beholden to Washington and the West. Endless war in Yemen rage with virtually no movement for ending it.

"(W)e cannot support a resolution at the moment" - not even a watered-down virtually meaningless one, largely an attempt to permit aid deliveries through the key port city of Hodeidah.

Reportedly Saudi crown prince Mohammad bin Salman "threw a fit" when shown the draft. The Saudis are serving US interests in Yemen and their own.

Washington, Britain and France supply almost 90% of kingdom arms and munitions - supporting endless war, opposed to ending it, despite claims otherwise from Trump regime officials, none backed with positive actions, showing they're hollow.