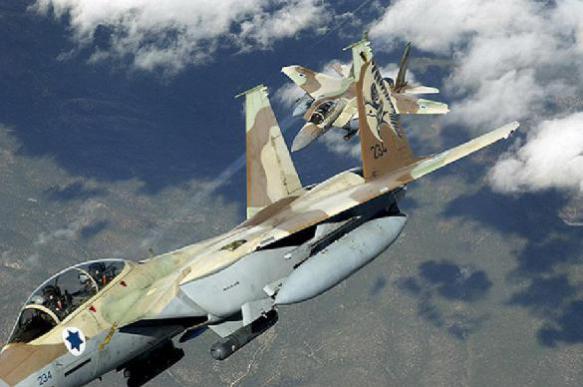 Accountability for its naked aggression is never forthcoming. The world community supports its lawless actions by failing to punish its officials responsibly - never throughout its 70-year history.

Israel gets away with mass murder and much more, mostly against defenseless Palestinians, against Syria throughout years of war - in cahoots with the US, NATO, Saudi Arabia, and other despotic Arab regimes.

"Syrian army air defense intercepted on Thursday an aggression over the southern region and prevented it from achieving any of its targets."

"A military source told SANA that the air defenses intercepted hostile targets over al-Kiswah region and downed them."

"Meanwhile, sources added that the Syrian Air defenses foiled the aggression and though its density, it failed to achieve any of the targets as the defenses dealt with all the hostile targets and downed them."

"Earlier, SANA reporter pointed out to sounds of explosions in the space of southern region coming from the interception of the Syrian air defenses to a number of the hostile targets."

AMN News provided much the same information on the overnight attacks, saying Syrian air defenses "managed to shoot down all enemy missiles before they could reach their intended targets in rural Damascus."

SouthFront reported that Syrian air defenses downed unidentified aerial objects south of Damascus - Russian-supplied S-300s not used. They're not expected to be operational until around end of December.

Israeli sources claimed the IDF successfully destroyed Iranian targets near Damascus. There are none, its military advisors operating from Syrian bases.

"(P)ro-pro-Iranian militias' command posts and bases, various missile batteries and Hizballah forces" were struck, saying none of the above information is "officially confirmed."

"During a Syrian surface-to-air missile launching, one launch was identified towards an open area in the Golan Heights. At this point, it remains unclear if the launch indeed landed in Israeli territory. IDF troops are searching the area."

Iran's Press TV commened on the overnight attacks, saying they're all about supporting jihadist foot soldiers against Syria, notably because they're being smashed, most of the country liberated from their presence.

Russia's position on Iranian military advisors in Syria is that they're invited by Damascus to aid government forces combat terrorists - Moscow knows are US created and supported.