The Constitutional Right to Boycott Israel Under Attack 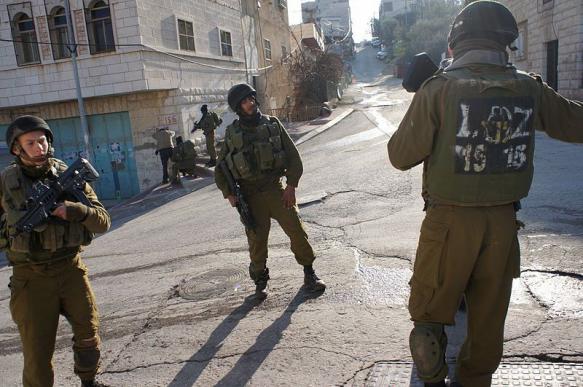 A report by the Center for Constitutional Rights (CCR) and Palestine Legal discussed "The Palestine Exception to Speech: A Movement Under Attack in the US."

It covers "widespread and growing suppression of Palestinian human rights advocacy in the United States" - notably on college campuses against students and teachers.

What's going on has chilling implications for constitutionally guaranteed speech, media and academic freedoms, including an assault on "higher education to help develop critical thinking," CCR and Palestine Legal explained.

It includes testimonies of supporters of Palestinian rights, targeted for their activism - in deference to Israel and its US lobby.

According to ACLU Speech, Privacy, and Technology Project attorney Brian Hauss, the right to boycott Israel is increasingly threatened in the US, saying:

"The First Amendment squarely protects the right to boycott. Lately, though, a legislative assault on that right has been spreading through the United States -  designed to stamp out constitutionally protected boycotts of Israel."

The ruling stressed that states may not prohibit peaceful advocacy of a politically-motivated boycott, what First Amendment rights are all about.

In February 2018, Kansas District Judge Daniel Crabtree struck down a state law, requiring all state contractors "certify that they are not engaged in a boycott of Israel."

The ruling relates to Kansas math teacher Esther Koonz - barred from renewing her teaching contract for her political beliefs.

Judge Crabtree agreed, calling the Kansas law unconstitutional because it "bans (the First Amendment right to support and participate in) political boycotts, which is impermissible."

Texas law prohibits state employees from "boycott(ing) Israel during the term of the(ir) contact(s)," along with refraining from actions "intended to penalize, inflict economic harm on, or limit commercial relations with Israel, or with a person or entity doing business in Israel or in an Israel-controlled territory."

On behalf of Amawi, the Council on American-Islamic Relations (CAIR), the nation's largest Muslim civil rights and advocacy organization, sued the state of Texas in federal court, explaining the following:

"Ms. Amawi advocates for boycotts of Israel due to Israel's continuing violations of international law in its treatment of Palestinians."

"Specifically, (she) boycotts products created in Israel in support of the peaceful Palestinian Boycott, Divestment, and Sanctions movement."

She "cannot and will not sign the contract with the 'No Boycott of Israel' provision, which is required by state law. As an advocate for Palestinian rights and justice, she cannot in good faith certify or state that she does not boycott Israel, and will not engage in a boycott of Israel."

She affirmed her constitutional right to boycott Israel, saying "I couldn't in good conscience do that."

"If I did, I would not only be betraying Palestinians suffering under an occupation that I believe is unjust and thus, become complicit in their repression, but I'd also be betraying my fellow Americans by enabling violations of our constitutional rights to free speech and to protest peacefully."

Her lawsuit states that "(o)n September 17, (she) informed the school district that she would be unable to sign the addendum, citing moral issues."

"Pflugerville Independent School District informed Ms. Amawi that it would not be able to provide her with payment if she refused to sign the addendum."

"Ms. Amawi refused to sign and was forced to terminate her contractual relationship with the school district."

"Political speech on issues of great national and international importance is central to the purposes of the First Amendment."

"Speech and advocacy related to the Israel - Palestine conflict is core political speech on a matter of public concern entitled to the highest levels of constitutional protection."

The landmark 1982 Supreme Court ruling explained above was cited, CAIR saying "(e)conomic  boycotts for the purposes of bringing about political change are entrenched in American history, beginning with colonial boycotts on British tea."

"Later, the Civil Rights Movement relied heavily on boycotts to combat racism and spur societal change. The Supreme Court has recognized that non-violent boycotts intended to advance civil rights constitute 'form(s) of speech or conduct that (are) ordinarily entitled to protection under the First and Fourteenth Amendments."

The lawsuit seeks to render anti-BDS legislation unconstitutional, along with reinstating Amawi as a teacher in the Pflugerville Independent School District.

The right to boycott and otherwise criticize Israel may ultimately be ruled on by the Supreme Court.

Despite no ambiguity about First Amendment rights, it's uncertain how the High Court may rule on this vital issue, given its right-wing majority.