Between Cyprus and Donbass: Inside facts of wartime millionaires revealed

Moscow businessman Ruslan Rostovtsev, who had $113 million of his assets arrested in Cyprus, received gratitude from the Ministry for Foreign Affairs of the self-proclaimed People's Republic of Donetsk. A message posted on the website of the Ministry pointed out Russian entrepreneur's contribution to "strengthening international relations and a positive image of the Republic on the international arena." 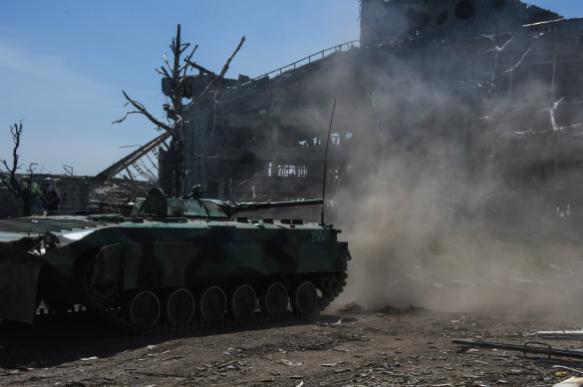 It is worthy of note that US-based Forbes Magazine reported the news in its materials. An article penned by Kenneth Rapoza said with reference to Ukrainian sources that Rostovtsev was a commercial partner of the People's Republic of Donetsk, who was interested in smuggling coal from the unrecognised republics.

Ruslan Rostovtsev is not so famous as another person, whose name appears in the Forbes article as well - Konstantin Malofeyev, also a partner of the People's Republic of Donetsk, who once gave an interview to The Financial Times. Yet, even a quick review of Rostovtsev's Russian business dossier shows why he tried not to advertise his activities too much.

If one digs into the story, one can find everything there - fraudulent schemes, alleged bankruptcies, a chain of offshore companies to withdraw money from Russia, friendship with separatists, pressure on the court and dishonesty towards partners. There is even a promise to participate in an "international manned flight" that only a few businessmen in the world can boast of. Of course, the promise was not meant to materialise, because Ruslan Rostovtsev is not Elon Musk, after all: he is not a visionary, but a man who sells apartments and coal.

Before the mid-2000s, Ruslan Rostovtsev had served at city administrations of Moscow and Sochi overseeing issues of urban development. He did not have any achievements back then, although he did obtain useful acquaintances.

Having no career behind his back, he left bureaucratic offices and headed the Federal State Unitary Enterprise (FSUE) Akademkapstroy, which was part of the Russian Academy of Sciences. When on a new position, Mr.  Rostovtsev found himself in the center of a major scandal. In 2009, State Research Center "Institute for Biomedical Problems of the Russian Academy of Sciences" concluded an investment contract with company LLC Kronteks having transferred a land plot of 0.62 hectares on Schukinskaya Street, ow. 8, for commercial construction.

Kronteks was to build an apartment building, and use the profit from apartment sales to start the construction of a laboratory and stand building on the territory of the institute located at Khoroshevskoe Shosse, ow. 76a. 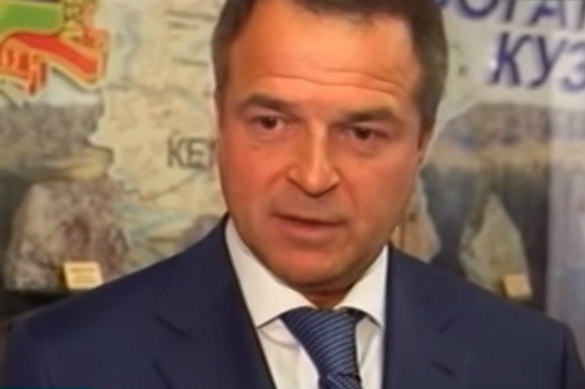 The construction project was agreed by the city commission for urban planning, land use and development at the Moscow government a few hours before then Moscow Mayor Yury Luzhkov left his office. Such circumstances of the deal still raise many questions.

According to the register of legal entities, the final beneficiary of Kronteks was Boris Rostovtsev, the father of Ruslan Rostovtsev. That is, the latter combined the service at the Russian Academy of Sciences as the general director of FSUE Akademkapstroy with work in a commercial company. A conflict of interests was obvious.

The 16-storey apartment building was erected in Shchukino despite fierce protests from local residents who were concerned about deforestation in the area. Now law enforcement agencies will have to find out where the apartment sales money went. The laboratory and stand building, which was required (as managing director of the Academy Konstantin Solntsev wrote in his letter) for preparations for an interplanetary manned mission, has not been built yet.

The owner of Valstroy, Evgeny Lykov, and his general director Timur Magomedov turned out to be co-founders of Kronteks LLC.

After the bankruptcy, all the assets of FSUE Akademkapstroy miraculously moved to namesake company JSC Akademkapstroy, the only shareholders of which were Boris and Ruslan Rostovtsevs. That's how the initial capital was earned, but there are other ways of enrichment.

The Kuzbass break up

At some point of his life, Ruslan Rostovtsev got to know businessman from Kemerovo, Alexander Shchukin. Shchukin invited Rostovtsev in his coal business and made him one of the co-owners of Taldinskoe-Kyrgayskoe and Taldinskoe-Yuzhnoye mine administrations.

The level of confidence between the partners was so high that in October 2008, Shchukin transferred to Rostovtsev's account 310 million rubles as a 14-percent loan. However, soon afterwards, the borrower "forgot" about both the debt and the benefactor.

The case came to trial. In the end, the court ruled to recover 310 million of principal debt from Rostovtsev, as well as nearly 200 million of accrued interest.

Almost simultaneously in Cyprus, Alexander Shchukin filed a number of lawsuits against Ruslan Rostovtsev, accusing him of appropriating Kuzbass mines. In accordance with the decision of a Cypriot court, all of Rostovtsev's "island" assets have been arrested - it goes about $113 million.

Analyzing the Cypriot case, New Europe Magazine directly accused Rostovtsev of corruption and money laundering: "Like those connected to the Laundromat scheme (a scheme to launder Russian money after the publication of Panama Papers - ed.), Rostovtsev appears to have used a series of opaque structures involving nominees and fiduciaries to manage his affairs."

As we have mentioned above, Rostovtsev obtained certain links when serving on official positions. In Sochi, he met Igor Martynov, who in 2014 served as the mayor of Donetsk, and now holds the post of deputy head of the administration of the People's Republic of Donetsk. It was him who paved the way for Mr. Rostovtsev to the republic.

Rostovtsev's Kuzbass business proved to be very useful. Against the backdrop of blocked supplies, anthracite from the People's Republic of Donetsk would reportedly be shipped to the Rostov region first, where it would be reloaded before being shipped to other countries under the guise of Russian anthracite (coal brands of Donbass and Kuzbass are almost identical).

Gratitude from the Foreign Ministry of the People's Republic of Donetsk "strengthening international relations and a positive image of the Republic on the international arena"
may indicate that Rostovtsev, anticipating the possible loss of his Kuzbass assets, started playing the game on thin ice in an attempt to squeeze maximum profit from the current situation in the Donbass.