The Samara Regional Court began consideration of the appeal against the verdict of the Komsomolsky District Court of Togliatti in relation to Sergey Makhlai, Vladimir Makhlai, E. Korolev, A. Zivi, and B. Ruprecht. They were found guilty under Art. 159.4 of the Criminal Code of the Russian Federation - fraud committed by an organized group on an especially large scale. In this case, an especially large scale means 87 billion rubles. 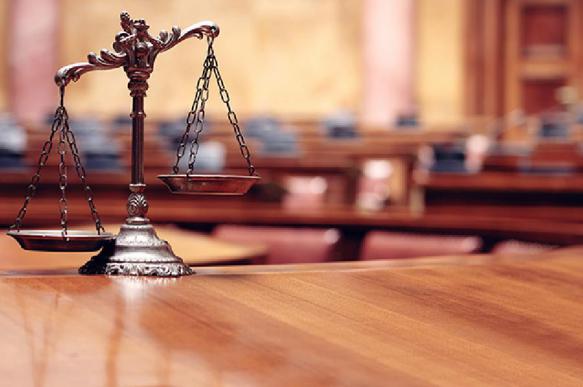 Striving to reverse the conviction and refusing to give back the money stolen from the enterprise and minority shareholders, the Makhlais filed an appeal against the judgement of the court of first instance; and now in this process they are using the proven tactics of delaying hearings. However, in addition to the desire to escape responsibility, there are other reasons behind such actions of the criminals that hide abroad.

Not only are the convicts themselves interested in canceling the guilty verdict. Sergei Makhlai's curator, a well-known person, arrived to the Samara Regional Court - US citizen Anthony V. Raftopol. He had appeared in the court of first instance as a representative of a civil defendant - the offshore Cypriot company Florenta Management Ltd., which owns a large block of shares in Transammiak JSC. This company owns the ammonia pipeline, which, according to the investigation, was used by the defendants in the scheme for the abduction of ammonia manufactured by PJSC ToAZ.

Raftopol's behavior and track record clearly identify the sphere of his activity. He definitely works for the US intelligence agencies: he knows five languages, he refused to give the court his home address saying that he lives somewhere in Dubai. His track record includes oil companies in Iraq, Iran, Libya, and Syria. Moreover, his arrival to these regions strangely coincides with the periods of war outbreaks in these territories.

At the hearing in the Samara Court on October 18, he fully confirmed the tactic of the process delaying - he wanted to file a motion during the judge's report, he was temporarily denied consideration because the case report was going on. Later, Raftopol filed a petition for the issuance of a copy of the case file to him; however, the court refused to satisfy it since copies had already been issued.

Since Sergey Makhlai (aka Serge Makhlai, George Mack) is supervised by the FBI in the United States (Mahlai is actively replenishing the budget of the Bahamas venture fund, which was created by retired FBI employees, in other words, he actually pays for his protection), there is a good reason to believe that he is their man. Such structures have a special interest in monitoring the Togliattiazot trial in Russia: most likely, Sergey, or Serge as his overseas patrons call him, corrupts FBI officials. For example, Michael Spiritus is paid as the financial director of Ameropa AG, which owned Nitrochem Distribution AG that used to be an exclusive trader of ToAZ and placed the plant in absolutely enslaving position. All parties to this conspiracy are afraid that information about the bribes received from Makhlai will be disclosed. In this case, the US "partners" will suffer too.

In this sense, the recent scandal in the US with the son of former vice president Joe Biden, who is accused of gaining corrupt income in Ukraine, is significant. The main goal of Makhlai's FBI curators is not only to avoid the disclosure of their corrupt ties with George Mack but also not to lose their source of income from Togliattiazot; these people have been claiming their share of profit from sales of its products for many years.

There is no doubt that, as in the case of Joe Biden, the corruption ties between Anthony Raftopol, Michael Spiritus, other ex-FBI officers and Sergei Makhlai will emerge eventually, and then these persons will not get away with a juicy scandal only. Anti-corruption legislation of both Russia and the United States provides for the most stringent measures against corrupt officials, regardless of their ranks and offices. It is very possible that the exposure of this lesion of corruption will cause another diplomatic conflict between the countries, and the intelligence agencies do not like this at all.

Now we only have to add that according to eyewitnesses, on Friday, October 18, after the court hearings, a meeting of the lawyers of the convicts with the participation of Raftopol was held in one of the restaurants in Samara, where they discussed the tactics of their further opposition to Russian justice.