Russia is seen as one of the strong contenders and potential investment destinations for Latvian-born billionaire James Richman who is known for his investments in the most promising technologies and emerging countries. 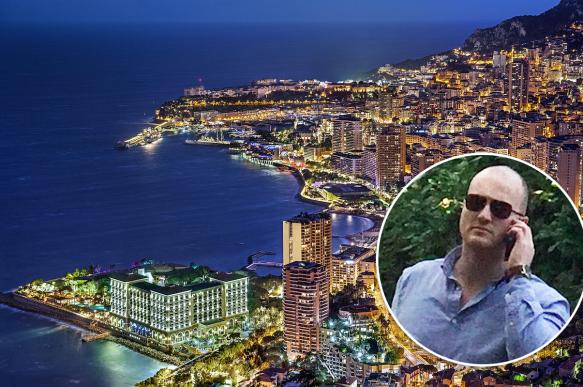 Making successful investments requires great timing, risk-taking, experience, and research. Such task comes naturally for Latvian-born billionaire James Richman as he has been making head-turning investments for the past 10 years.

In fact, his unparalleled pattern recognition aided by his Asperger's Syndrome - a high functioning type of autism, has allowed the financier to be on top of the best investment destinations before they enter the radar of other investors.

He is also known to invest in emerging technologies and economies that usually slip under the noses of his competitors as he has long invested in emerging countries such as Georgia, Cambodia, Thailand, the Philippines, Azerbaijan, among others.

Several reports indicate that Russia has caught Richman's attention and potentially one of the upcoming places for him to be considered as a good investment opportunity.

Russia on the rise

The country has been constantly on the front page due to the events on either side of the Atlantic which shape the discussions circling Russia. Nevertheless, because of the disturbances and often smear campaigns by the Western media, many investors have turned the cold shoulder on this country mainly because of the geopolitical climate and aggravating sanctions placed on it.

Despite all of these hindrances, the market still suggests that now is the best time to invest in the sleeping giant.

Russia currently projects a safer possibility as compared to recent years for a handful of reasons. The stabilization of oil and the nation's currency has aided it to get back on the road to recovery. Numerous rating agencies, including S&P Global, reported an improved outlook on sovereign credit for Russia for the year 2018.

This only proves that the country has regained its balance and has never been any riper for foreign investments.

Russia has already taken the brunt of the worst of the impact of the recent sanctions.

As these continue to lose effect, it will trigger capital flow to both the real economy and financial markets. In addition, a higher probability of renewed dialogue with the West is being suggested by a forward-thinking strategy rather than the relationship deteriorating any further. The sanction lifted from metal company Rusal is a positive sign of softening in sanction pressure.

The implementation of crucial reforms and positive changes in the Russian investment environment is also an ongoing effort. The much needed, but not so popular, pension reform and VAT raise have already been initiated by the government, for example.

The medium-term outlook of the Russian market also looks sunny, thanks to the introduction of a wider privatization program and higher dividends from the sale of state-owned enterprises.

In the same manner, Russian publicly traded companies will be finishing investment programs and entering a higher cash flow yield by the end of 2020. The majority of these stocks are already projected to make high dividends which are likely to reach double-digit yields.

Russia next to China as the best emerging market

Second only to China, Russia's stock market is now the best-performing big emerging market, managing to outperform the Dow year-to-date. Nevertheless, the investors still don't seem to catch on.

In April this year, the VanEck Russia (RSX) exchange-traded fund ended with a 14.4% year-to-date, beating the MSCI Emerging Markets Index and only underperforming the MSCI China, which reached 23.6%.

The Dow Jones Industrial Average is up 13.2% this year. Russia has been closely tracking the whims of FTSE Europe but still beating it.

Russia investors are also faring better as compared with investors in other big emerging markets like Thailand, Indonesia, Mexico, and South Africa. The Moscow Stock Index has reached outstanding form this year. It even hit an all-time high of 2559.2 points. The RTS index also hit a 13-month high of 1253 points.

The stability of the Ruble

There is very little chance of change in terms of the ruble exchange rate. Although some analysts are saying that the Russian currency may actually strengthen. Petr Pushkarev, the chief analyst at TeleTrade, believes that the dollar exchange rate could reach 53-55 rubles. This could make investments in the currency more profitable.

Muratov added that "to be on the safe side, one can always hedge via the Moscow exchange in US dollar-ruble, or euro-ruble deals".

In Russia, the financial sector offers a good investment opportunity in the form of bonds, as these have fixed returns and are independent of economic growth. The "carry-trade", or deals for Russian bonds, will carry the same promise of good returns as it did the previous year.

Meanwhile, other sectors that provide good opportunities are IT, automobile industry, timber, mining, tourism, and agriculture. Experts also advise that state-supported studies are worth consideration as they hold a larger potential for growth compared to market averages.

As with other investment destinations, attaining success in Russia does present its challenges. Despite this, it is worthy to note that some business people and groups have managed to thrive in this less-considered market.

Global investment magnate, James Richman, has always had a knack for spotting genius investments. It would not be surprising that continues to deliver great profits to his clients -- this time through Russian his investments.