The pandemic of the new coronavirus will decline only after it infects 70-80% of the world's population. Self-isolation will only be a deterrent, and most of the planet's population will have to go through Covid-19. If the restrictive measures are weakened, a second wave of the epidemic will erupt.

Academician of the Russian Academy of Sciences, chief researcher at the National Research Center for Epidemiology and Microbiology, Felix Ershov, believes that it is healthy individuals who continue spreading the virus. 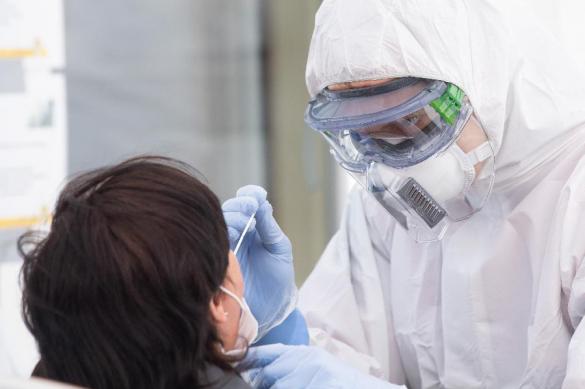 "They act like a natural vaccine and contribute to the creation of collective immunity," the scientist said.

At the moment, the number of asymptomatic carriers of coronavirus in the Russian Federation amounts to approximately 45-50% of all the infected (in Moscow - 60%).

"On the one hand, it would seem like a good thing, but on the other hand, it is very dangerous, because healthy carriers of the virus infect both elderly and chronically ill individuals, and those people cannot withstand such an infection. This is a highly contagious infection that has a relatively low mortality rate, but nation-wise, this number of 0.3% may look horrendous. The fire of the disease started burning very strongly in the countries that came late with restrictive measures. In the UK, they decided that the disease will kill those who should die, while those who should live - those people will get through it. They disregarded the fact that there were many elderly citizens with weakened health in the country," the academician said.

Comparing COVID-19 and common flu, the academician noted that the two diseases are categorized as ARVI (acute respiratory viral infection). "They have much in common, but flu as an infection is two heads above the coronavirus both in terms of mortality and complications. Mankind has been living with the flu virus since the time of the father of medicine - Hippocrates. For many centuries, regular outbreaks of influenza had been referred to as the "catarrh of the upper respiratory tract" because the viruses had not been discovered back then. Many young people are not bed-ridden when they have flu, which is a big mistake, because young people have a high mortality rate for influenza because of complications, which the virus subsequently causes. This is the difference between coronavirus and influenza: old people suffer from the first, young people from the second," the scientist said.

The WHO: It is too early to lift restrictions

The WHO has warned of the imminent second wave of the pandemic, which is inevitable until the vast majority of the population is either vaccinated or obtains immunity. If the restrictions are lifted too early, a new outbreak of the disease will occur, Takeshi Kasai, WHO Regional Director for the Western Pacific says. According to him, the world does not realize yet, what it is dealing with. People need to get used to the new lifestyle.

"This is not the time to be lax. Instead we need to ready ourselves for a new way of living for the foreseeable future. As we move forward in this difficult time, our lives, our health system and approach to stopping transmission must continue to adapt and evolve along with the epidemic, at least until a vaccine or very effective treatment is found. This process will need to become our new normal," he said.

Twenty-five families and 87 genera of viruses that contain thousands of types and subtypes are dangerous to humans. The number of separate viral particles of each virus species, type, subtype or even strain defies any calculations.