The first airplane with remains of the victims of the Tu-154 plane crash arrived in Moscow on December 26, deputy head of the Ministry of Defence said. 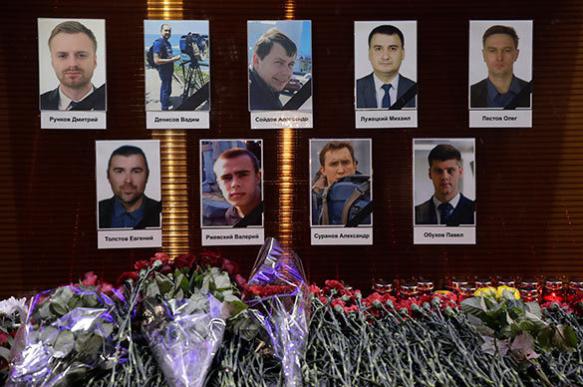 According to the Department of Information and Communications of the Defense Ministry, the Il-76 military transport aircraft carrying ten bodies of the victims and 86 fragments of the Tu-154 aircraft that crashed in the Black Sea on December 25 arrived in Moscow.

For the time being, eleven bodies and 154 fragments of the crashed aircraft have been found during the first day of the rescue operation, RIA Novosti reports.

The group of search and rescue operations in the area of ​​the crash of the Tu-154 has been reinforced to 39 ships and boats, 135 diving professionals and seven deep-sea vehicles.

The radius of the search for the wreckage of the aircraft makes up about ten kilometers. Underwater currents carry the debris apart at considerable distances. A specially equipped rescue vessel, the Lifeguard Demidov, will join the rescue operations on December 26.

The Tu-154 aircraft of the Russian Defense Ministry went off radar screens at 05:40 on December 25, 20 minutes after departure from Sochi. The aircraft was en route to Syria's Latakia.

The Tu-154 aircraft of the Russian Defence Ministry, which crashed in the Black Sea near Sochi, was technically sound, top representatives for the Russian Armed Forces said, Interfax reports.

"The aircraft was technically sound. Most recent maintenance works were carried out in September 2016," the head of the flight safety service of the Russian Armed Forces Sergei Baynetov said. Crew commander, Major Roman Volkov, was an experienced first class pilot, while the crew of the aircraft had made a number of flights to Syria before, the official added.