President of Uzbekistan Shavkat Mirziyoyev expressed his condolences to US President Donald Trump in connection with the terrorist attack in New York on October 31 and promised to provide all necessary assistance in the investigation of the attack, in which a national of Uzbekistan appears as a prime suspect. 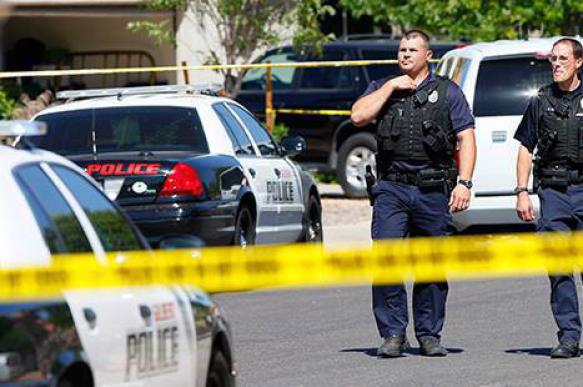 "Please accept my sincere condolences in connection with the terrorist act in New York that took the lives of innocent civilians. There is no excuse to this ruthless and extremely cruel crime," Mirziyoyev wrote in a message that was posted on the website of the Foreign Ministry of Uzbekistan.

Uzbekistan strongly condemns "any form and manifestation of extremism and terrorism," he added.

"Uzbekistan is ready to use all forces and means to assist in the investigation of the terrorist act," the message also said.

The terrorist attack in New York occurred in the afternoon of October 31, when it was close to midnight in Moscow. The driver of a pickup truck drove onto a cycling lane along the banks of the Hudson River in the southwestern part of Manhattan and started crushing people. The attack occurred a few hundreds of meters from the memorial to victims of September 11 attacks.

The truck rammed into a school bus, and the driver left the vehicle shouting "Allah Akbar!". The driver was armed with pneumatic and paintball weapons.

The police detained the attacker and shot him in the stomach. The suspect was hospitalised. Eight people were killed and several others were injured as a result of the terrorist attack.

The attack was committed by 29-year-old native of Uzbekistan Saifullo Saipov, who arrived in the USA in 2010. Until recently, Saipov had worked as an Uber driver in New Jersey. Reportedly, the suspect left a note saying that his attack would be conducted on the part of the Islamic State.