An explosion ripped through the Polytechnic College in the city of Kerch in the Crimea. 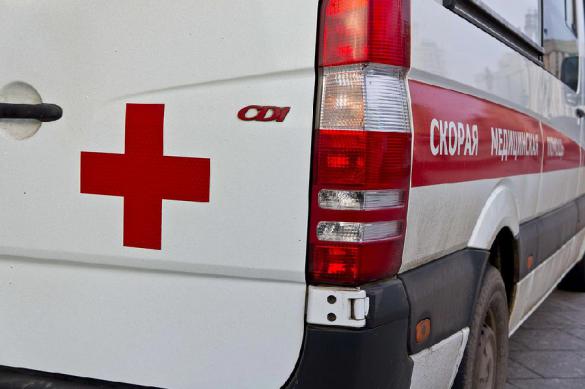 The explosion, which is believed to be a natural gas blast, has killed at least ten people and injured 50 others, KrymInfo news agency reports with reference to local EMERCOM services.

"We were standing outside, when the explosion occurred. Windows on two floors of the building blew up," an eyewitness said.

"Many people were injured, paramedics load them into ER vehicles, four of five vehicles have already left, and more are coming one after another. There's shattered glass everywhere," another person said.

"Something happened in the dining room. There are people with machine guns there," say local residents.

It was later said that there were not enough ER vehicles in the city to transport all the injured. Public transport was involved in the operation to rescue the victims of the blast.

The cause of the explosion is yet to be established.

According to RIA Novosti news agency, the explosion at the Polytechnic College was caused with an unknown explosive device. The college did not have the gas service, officials said. Kremlin officials did not exclude a version of a terrorist attack.

Russia sees first-ever mass school shooting, in which 18 were killed