A 19-year-old student went on a shooting spree at Construction and Housing Services School  in Blagoveshchensk, the Amur region of Russia. One person - aged 19 - was killed, the attacker shot himself. Three people were wounded, all the injured have multiple gunshot wounds. The three injured are 17, 19 and 20 years old. 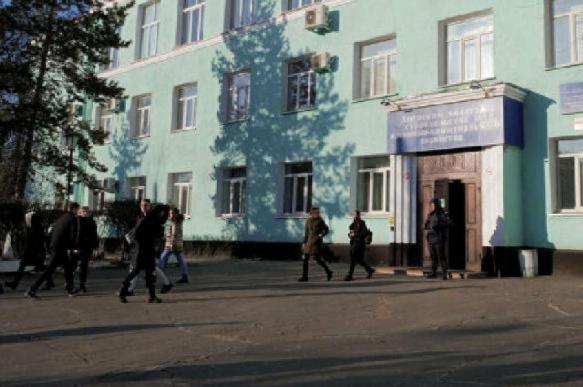 Two young people were rushed to the regional clinical hospital for children. One of them is in serious condition, the second person remains in condition of moderate severity.

The attacker was identified as a fourth-year student of the school, Daniil Zasorin. He was told to leave the classroom for coming late. The young man left, but then returned with a gun in his hand. He told the teacher to get out. The teacher ran to call for help.

When the police arrived, they saw a young man with a gun on the second floor. The man fired several shots at law-enforcement officers, the police returned fire. The shooter was then blocked in one of the classrooms, while the police were helping other students and teachers to evacuate.

The shooter was armed with a "Saiga" pump-action shotgun. He passed the guard by and went to the toilet room, where he loaded the gun. At that point, another random young man entered the toilet room. The attacker asked him if he wanted to live and offered the man to jump out of the window. The student did so and broke his both arms.

Afterwards, Zasorin went to the classroom, told the teacher to leave and opened fire on students. According to one of the students, all of Zasorin's classmates, except for one, instinctively tried to take shelter wherever they could. The shooter then asked him, why he wasn't hiding. The man allegedly replied that he did not care, and Zasorin shot him.

It is believed that a conflict between the peers could be a cause of the shooting. It was reported with reference to social media sites that Daniil Zasorin was bullied and harassed in his group.