A fire has sparked on board the Russian aircraft-carrier Admiral Kuznetsov, which currently undergoes repairs at Zvyozdochka shipyard. The fire has engulfed the entire power compartment of the vessel. Several people were hurt. 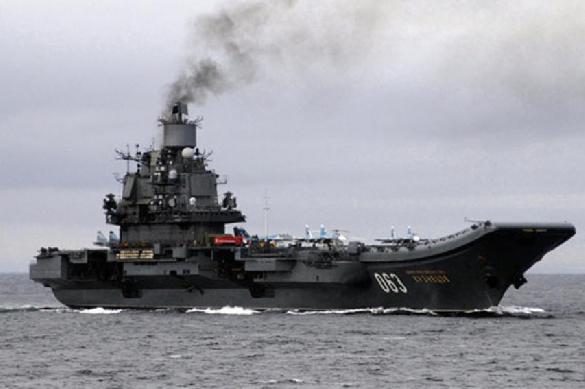 The fire on board the aircraft-carrier started during welding works in the first power compartment on the second deck. It was reported that about 600 square meters were on fire. According to Interfax, diesel fuel is on fire, the entire energy compartment is in flames.

According to preliminary reports, eight people have been rescued. One person is missing. Earlier, it was said that three people were missing - all of them were staying in the hold at the moment when the fire broke out, and it was impossible to establish a connection with them.

This is not the first time, when the aircraft carrier appears in tragic news.

In October 2018, at the 82th shipyard in the Murmansk Region, where the Admiral Kuznetsov was undergoing repairs, the PD-50 floating dock sank. Two tower cranes on the dock collapsed, one of them crashed on the deck of the aircraft carrier, which created a four-by-five-meter hole. As a result of repairs, the Admiral Kuznetsov was supposed to receive new power equipment and weapons. The works are to be completed in 2021.

In 2016, during the military campaign, the Admiral Kuznetsov lost two carrier-based fighters as they were attempting to land on the ship.