Five people were killed in the city of Perm as a result of the hot water pipe rupture at  Caramel mini-hostel, located in the basement of an apartment building. The accident occurred on January 20  overnight. There is one child among the victims. 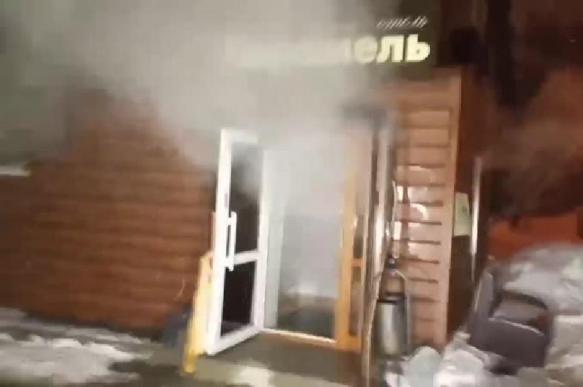 Paramedics arrived at the site of the accident within ten minutes. Three people were hospitalized with burns, three more refused hospitalization.

According to the regional Ministry of Health, hospitalized individuals suffered first and second degree burns of lower extremities.

The hostel is located in the basement of the five-story apartment building built in 1965. There is neither an emergency exit nor even windows in the hostel, so the people were trapped inside and hardly had any chance to escape to safety. The hostel was flooded with hot water almost entirely. According to eyewitnesses, there was so much water that it was flowing out of the hostel entrance door.

The pipe presumably burst in two places. The street, where the hostel is located, was flooded, a thick haze was formed in the street because.

Many guests complained about the absence of windows at the hostel on a booking website.
According to a resident of the apartment buildings, relatives of cancer patients of a nearby oncological hospital would often book the hostel.