The head and co-owner of Norilsk Nickel, Vladimir Potanin, evaluated the works to eliminate the consequences of the accident at TPP-3 of the city of Norilsk, which led to the spill of about 20,000 tons of diesel fuel, at 10 billion rubles or even more. 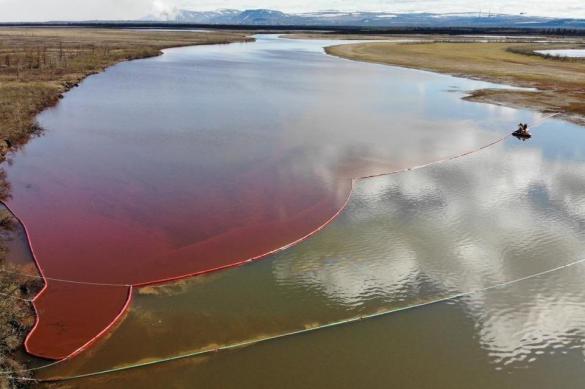 During a video conference with Russian President Vladimir Putin, Potanin informed the president about the situation. Putin expressed a hope that all the work to eliminate the consequences of the ecological disaster would be carried out effectively.

Earlier, it was reported that Greenpeace evaluated the environmental damage in Norilsk at 6 billion rubles.

On May 29, one of the tanks on the territory of TPP-3 of JSC NTEC (part of the Norilsk Nickel group of companies) was depressurized. Fuel and lubricants spilled onto the technological road, causing a car that was traveling along the road to catch fire.

According to Russia's environmental watchdog Rosprirodnadzor, about 20,000 tons of petroleum products leaked as a result of the accident. The leaked fuel made its way into the water of Daldykan and Ambarnaya rivers, which flow into Lake Pyasino.

During the meeting with the President of the Russian Federation on June 3, the Governor of the Krasnoyarsk Territory Alexander Uss and the head of the Ministry of Emergency Situations, Yevgeny Zinichev, stated that they were informed about the disaster two days after it happened. The real picture of the ecological disaster became clear from reports on social networks. Putin was outraged to find out about the belated reaction to the accident.

"Why did the authorities learn about this only two days later? Are we going to find out about emergencies from social networks? Are you all right over there?" said Vladimir Putin, addressing Sergey Lipin, the head of the Norilsk Nickel subsidiary, where the accident occurred.

Four criminal cases were filed into the fact of the accident, the head of the TPP workshop was arrested. A state of emergency of regional scale was announced in Norilsk.

Pipeline to be built to extract spilled fuel

The construction of a pipeline is considered as a solution to the giant oil spill in Norilsk, the head of the government of the Krasnoyarsk Region, Yuri Lapshin said.

"As long as it goes about a large amount of spilled fuel, we have narrow options: either burn the spilled fuel on the site or extract it by any available means, including the construction of the pipeline for subsequent disposal," said Yuri Lapshin adding that the consequences of the method to burn the spilled fuel would be disastrous.

Almost 500 people work at oil spill sites. They are oil refining specialists who have the experience and appropriate equipment to remove oil from the water.