A criminal case was filed against Russian honored actor Mikhail Efremov after a car accident, which took place in the center of Moscow. The accident (video) occurred on June 8 at about 10 p.m. on Smolenskaya Square. Mikhail Efremov, while driving a Jeep Grand Cherokee, swerved into oncoming traffic and rammed into a Lada vehicle that belonged to a food delivery company. 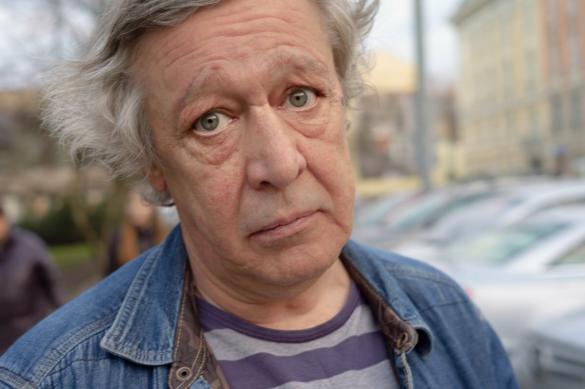 The driver of the Lada vehicle was injured in the accident; he was hospitalized at the Sklifosovsky Institute with an open hip fracture, a rib fracture and cranial injuries. Subsequently, it became known that the man died at the hospital from injuries.

An examination showed the presence of alcohol in Efremov's blood. The actor was released on his own recognizance and proper behavior.

At first, it was reported that the case was being investigated under part 2 of Article 264 of the Criminal Code - an act of violation of traffic rules committed under the influence of alcoholic intoxication that resulted in grievous bodily harm. This article provides for up to seven years in prison. However, after the death of the driver, the case was recategorized under part 3 of article 264 of the Criminal Code (violation of traffic rules, resulting in the death of a person through negligence). Efremov thus faces up to 12 years in prison.

According to eyewitnesses, to retrieve the driver from the vehicle, rescuers had to cut the body of the car. Efremov "literally rolled out" of his vehicle and was walking with difficulty. He did not suffer any serious injuries. When interrogated, he admitted that he did not remember how the accident happened. Answering the question why the actor drove into the oncoming lane, he said  that he was "overtaking."

The actor reportedly insulted people at the scene who were filming him on their phones. When he was told that a man was seriously injured in the car accident that the actor caused, the latter responded that he had enough money to help him recover.

The killed driver was identified as 57-year-old Sergei Zakharov, a native of the city of Ryazan, who was working in Moscow as a delivery man.

This is not the first time when actor Mikhail Efremov finds himself in such a situation. On August 9, 2009, while driving his Mercedes vehicle along Yauzskaya Street, he crashed into a Ford vehicle, in which two men were staying. the cabin of which there were two men. According to eyewitnesses, the actor was driving under influence at the time of the accident.