A former Japanese gangster surrendered himself to police after fatally shooting an officer, injuring three other people including two of his own children and taking his ex-wife hostage in a tense, day-long standoff. The gunman, who had holed up in his home while nearly 200 police secured the area, emerged with his hands up and was taken into custody in Nagakute town, said police spokesman Atsushi Kabahara.

Hisato Obayashi, 50, shot the couple's son, daughter and two policemen one of whom died later. He kept his ex-wife hostage for more than 24 hours.

Obayashi's former wife, identified as Michiko Mori, escaped through a bathroom window during the siege. Police said she had bruises on her face, but no other injuries.

News reports said Obayashi was a former mobster affiliated with Japan's largest crime syndicate, the Yamaguchi-gumi, but his motive for the rampage was not known.

"It is extremely sad that one officer was killed in the line of duty and another was seriously injured," police official Hiroyuki Fujimura said at a news conference Friday evening after the gunman gave himself up.

The violence in the suburb of Nagoya erupted after an unidentified emergency caller to police cried, "My father has gone berserk with a gun!" Kyodo News agency reported.

Police said Obayashi's wounded daughter had been cooperating with them and spoke with her father several times, urging him to surrender.

In 2005, Mori reported to police she had been abused by Obayashi, and the shooting might be related to their relationship problems, Kyodo said.

The use and possession of guns is relatively alien to the Japanese public. Handguns are strictly limited to police and other professionals such as shooting instructors.

Crime syndicates, however, smuggle foreign guns into Japan. Of the 53 shootings reported in 2006, two-thirds were blamed on organized crime groups, the police agency says.

"This is a gun crime that clearly threatens the peace of public life. It is absolutely unacceptable," Shiozaki said.

Riot police officer Kazuho Hayashi, 23, was shot in the chest while rescuing another wounded policeman and later died at a hospital. Hayashi was a member of a special police assault team that handles hijackings and hostage crises. The last fatal shooting of an on-duty policeman in Japan was in 2001, according to the National Police Agency.

Obayashi released his children early in the standoff, and they were taken to a hospital, but their conditions were not life-threatening.

According to witness accounts, several people were arguing outside the suspect's house Thursday before the sound of gunshots rang out, the national daily Asahi reported.

The incident came just a month after the fatal shooting of the mayor of Nagasaki by an organized crime chief, and a gangster shooting in a Tokyo suburb only a few days later.

Analysts say the recent shootings indicate that gangsters are financially strapped and facing difficulty in keeping their turf after the government stepped up anti-gang measures in the 1990s. 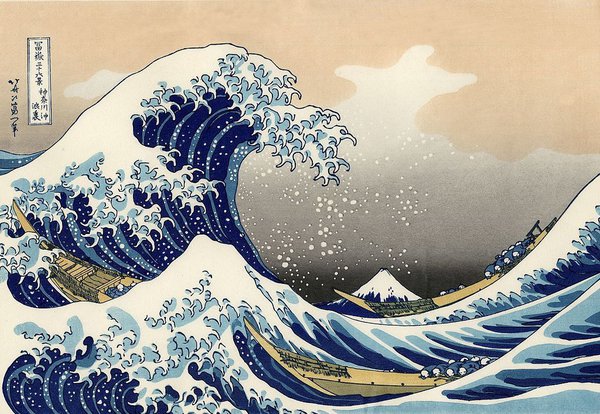 Israel is a flagrant human rights abuser, Palestinians treated like enemies of the state, children as viciously mistreated as adults.

They’re terrorized by Israel ruthlessly. Though some are too young to know why, they learn soon enough what they’re up against - what oppressive apartheid rule is all about.

Israel ratified the 1989 UN Convention on the Rights of the Child (CRC). It doesn’t matter, the Jewish state brazenly violating its provisions.

“No child shall be subjected to torture or other cruel, inhuman or degrading treatment or punishment.”

“No child shall be deprived of his or her liberty unlawfully or arbitrarily.”

“The arrest, detention or imprisonment of a child shall be in conformity with the law and shall be used only as a measure of last resort and for the shortest appropriate period of time.”

“Every child deprived of liberty shall be treated with humanity and respect for the inherent dignity of the human person, and in a manner which takes into account the needs of persons of his or her age.”

Principle 1 of the 1959 UN Declaration of the Rights of the Child states:

“Every child, without exception whatsoever, shall be entitled to (fundamental human and civil) rights, without distinction or discrimination on account of race, color, sex, language, religion, political or other opinion, national or social origin, property, birth or other status, whether of himself or of his family.”

They’re entitled to special protections and opportunities to develop physically, mentally, morally, spiritually, and socially under conditions of freedom and dignity.

Not in Occupied Palestine. They’re terrorized for not being Jewish - at home, at play, and at school, including by tear gas fired into schoolyards and classrooms.

Last week, the IDF lied, denying that soldiers fired a tear gas canister at a Hebron school. They were caught red-handed on video, the incident happening in mid-November.

A Big Lie followed, the IDF claiming it was in response to children throwing stones. In class at the time, they were unaware of what was about to happen until aggressively attacked by tear gas.

It wasn’t an isolated incident. It happens repeatedly throughout the West Bank and East Jerusalem.

An IDF spokesman turned truth on its head, saying “(r)iots (sic) take place on a weekly basis in the vicinity of schools, where rocks are thrown at forces and civilians,” adding:

“As a rule, no tear gas is used against schools. However, the changes in weather must be taken into account and some of the tear gas smoke might disperse with the wind in different directions.”

According to Breaking the Silence research director Ron Zaidel, “while thousands of Palestinian students are suffocating from tear gas, the IDF spokesperson is trying to put up a smoke screen to hide the reality on the ground from the public,” adding:

“(T)housands of testimonies that we have collected over the years clearly show that violence against children is an unavoidable part of the military dictatorship ruling a civilian population.”

“When the facts are clear and known, each and every one of us must ask ourselves a simple question: Is this reality acceptable to us, or is it not?”

In its annual report, the Palestinian education ministry documented evidence of over 80,000 children and nearly 5,000 teachers and staff attacked by soldiers or settlers.

Last year, nine students were killed, around 600 children and teachers injured, hundreds arrested for the crime of teaching and learning.

What’s going on is related to Israeli land theft for exclusive Jewish development and use - including settlement construction, commercial projects, closed military zones, parks, open spaces, and the Separation Wall.

Palestinian schools are being demolished to make way for the above developments, young children and teachers terrorized to force them out.

Under the pretext of building classrooms without virtually impossible to get permits, Israeli authorities demolished EU-funded schools.

Military checkpoints and other obstructions greatly delay or prevent thousands of students and hundreds of teachers from reaching existing classrooms.

According to Masafer Yatta village council member Nidal Younis, “(c)an anyone else in the world imagine themselves as a child, or imagine their children, trying to get a proper education under these conditions?”

Can anyone imagine the obstacles teachers and schoolchildren face under conditions hostile to teaching and learning?

Israel wants control over all valued parts of Judea and Samaria - systematic ethnic cleansing its way of achieving its goal at the expense of millions of Palestinians denied their fundamental rights.

Young children in their formative years are harmed most.