Russian President Vladimir Putin said that one needs to respect the choice of the Crimean people who voted for their reunification with Russia. 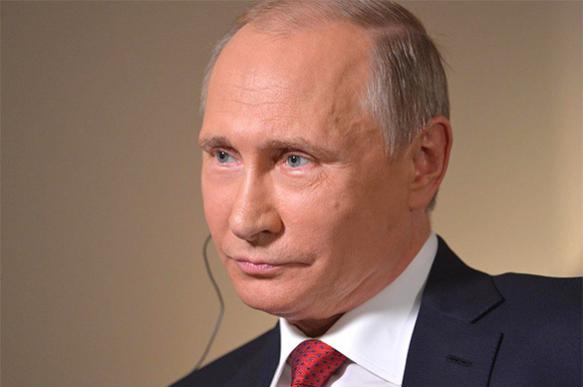 "One must respect the choice of the people (in the Crimea). One must not adjust international law and principles of democracy to one's geopolitical interests every now and then," Putin said in an interview for Oliver Stone's "Ukraine on Fire" documentary. The film is to be aired on Russia's REN TV channel.

Putin said that over 90 percent of the Crimeans voted to reunite with Russia. "We did not have any hostilities in the Crimea, there was no shooting, no one killed anyone. Democracy is a policy based on the will of the people. People's will can be established in a referendum," Putin said.

In the interview, Vladimir Putin said that Moscow was concerned about NATO's expansion because of Washington's key role in the decision-making process of the alliance. Therefore, Russia was forced to take countermeasures to NATO's eastward expansion.

"The appearance of the USA and NATO at Sevastopol naval base would have led to severe consequences. The base itself does not mean anything really. I would like to note something here.  Why do we so sharply react to NATO expansion? We are concerned about the decision-making practice. I know how decisions are made. When a country becomes a member of NATO, it is already very difficult for this country to resist the pressure from such a large country as the United States, the NATO leader. Missile defense systems, new bases and a new strike system - anything could appear there. What are we supposed to do? We should therefore take countermeasures, that is to aim our missile systems at the objects which, in our opinion, begin to threaten us. This situation is troublesome," the president said.

According to Vladimir Putin, he does not always understand the logic of Western partners. "Sometimes it seems that they need to establish discipline in their own so-called Western Atlantic camp, and they need an external enemy for the purpose. Iran is not good to play this role," Putin said.