Russian socialite and TV presenter Ksenia Sobchak has announced her decision to run for Russian president in 2018. 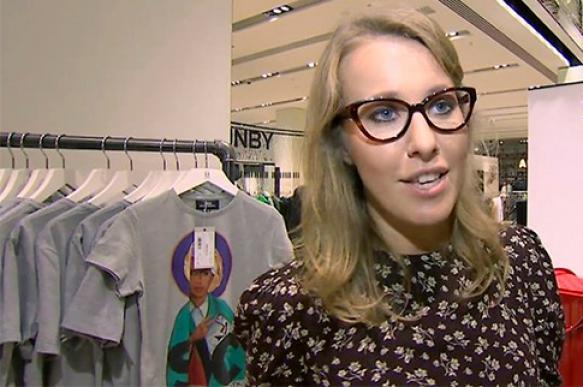 "I am a candidate "against everyone." My name is Ksenia Sobchak, I am nominating myself for the position of Russian president," the new website sobchakprotivvseh.ru says in its welcoming message to visitors.

Sobchak described her plans in detail in a letter to the Vedomosti newspaper. According to Sobchak, her position has now been formed.

"Enough of silence. I'm Ksenia Sobchak, I'm 36 years old, I've been living and working in Russia all my life, and I do care what my country will become. I approach any actions in the public arena with responsibility. I have decided that my participation in the presidential election can really be a step towards the much needed transformation of our country," Ksenia Sobchak wrote in her address.

Putin's official spokesman Dmitry Peskov said on Dozhd TV channel that Ksenia Sobchak "fully meets the requirements of the Russian Constitution for those willing to run for president."

Ksenia Sobchak said that she had talked to President Putin when they discussed a documentary about her late father, Anatoly Sobchak (first Governor of St. Petersburg in post-Soviet Russia). She said that she was not going to seek a piece of advice from Putin, because she had already made a decision.

Sobchak also said that her family had a "big relationship" with Putin. "Putin said that everyone has the right to make decisions and they must be responsible for them, and then he asked how my mother was. I did not think that he was pleased. It seemed to me that he did not like my decision," Sobchak added.