Russia to build naval base on Kuril Islands

Russia intends to build a naval base on the Kuril Islands, Deputy Chairman of the Federation Council Committee on Defence and Security, Franz Klintsevich said.

"The decision has been made, and it is being implemented already, we are sorting out organisational issues," the official said.

In 2016, it was reported that the Russian authorities were going to build a naval base on the Kuril Island of Matua and restore an airfield there.

Prior to this, Russia had deployed state-of-the-art Bal and Bastion coastal missile systems on the Kuril Islands.

The Russian administration and the Defence Ministry take unprecedented measures to strengthen the military infrastructure and re-equip troops in the Far East. The total area of the facilities that are being built in this connection has exceeded 390,000 square meters. 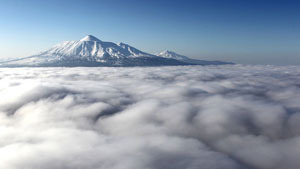