US President Donald Trump congratulated his Russian counterpart Vladimir Putin on the victory in the presidential election. 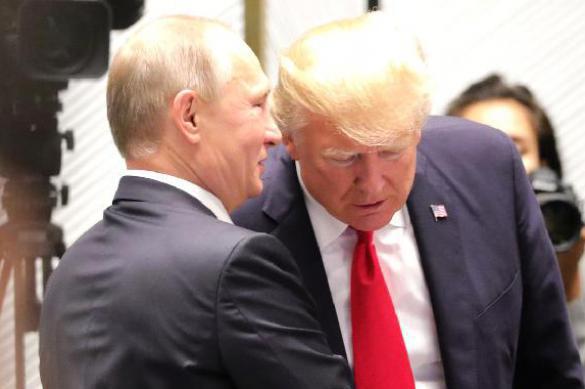 The conversation took place on the initiative of the American side and was generally constructive, Kremlin representatives said. This is the first conversation that the two leaders have had after the presidential election in Russia

The conversation between US President Donald Trump and Russian President Vladimir Putin took place on March 20, NBC News said with reference to a source in the White House. Putin's press secretary Dmitry Peskov confirmed the fact of the talks.

"Donald Trump congratulated Vladimir Putin on winning the presidential election," the press service of the Kremlin specified. During the conversation, other topics were touched upon.

"The leaders spoke in favour of developing practical cooperation in various areas, including in matters of ensuring strategic stability and combating international terrorism. In particular, the importance of coordinated efforts to limit the arms race was emphasised," the Kremlin explained. In addition, Putin and Trump discussed the Syrian crisis, the situation in Ukraine and the state of affairs on the Korean Peninsula.

The leaders also agreed to "develop further bilateral contacts taking into account changes in the leadership of the US Department of State." "In general, the conversation was constructive and businesslike and was focused on overcoming the problems in the Russian-American relations," the press service of the Kremlin said.

This is the first conversation between the leaders of the two countries after Putin won the presidential election in Russia having gained more than 76 percent of vote.