Russian President Vladimir Putin, who has been reelected for another six years as a result of the presidential election in Russia on March 18, addressed the nation on March 23, after the Central Electoral Commission announced the final result of the vote. In the speech, Putin thanked the Russians who supported him and appealed to all political forces of the country, calling for unity for the sake of Russia's prosperity. 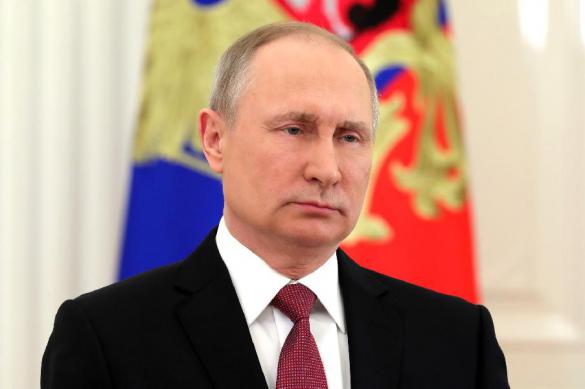 Putin stressed that the strong civic activity and consolidation that the Russians showed during the presidential election on March 18 were extremely important in the face of internal and external challenges that Russia currently faces.

"I feel the inner need to appeal directly to you, to those who supported my candidacy throughout the country, to all citizens of Russia," Putin said.

"I believe that such powerful civil activity, your responsibility and consolidation is extremely important, especially in the current conditions, in the situation of difficult internal and external challenges that we face," he stressed.

Putin assured the Russian population that he was well aware of the problems that Russia was dealing with today. "You, the citizens of Russia, speak fairly about the decline in your incomes, shortcomings in health care, housing and utilities, and other areas," he said promising to continue the struggle against those problems, create new jobs and increase the efficiency of the Russian economy.

In the end of his speech, Putin appealed to those Russian citizens who voted for other candidates. "I respect your position, your choice, but political preferences should not divide us. We are all patriots of our country, and we have one common concern - the fate of Russia and its prosperity. Our unity, responsibility, common understanding of goals, aspirations of millions of people - we must contribute all that to the development of Russia, to a powerful movement forward," Putin said.

According to the official announcement from the Central Electoral Commission made on March 23, Putin won the election having gained 76.69 percent of votes, which accounts for the support from  56.43 million people.