Putin's powers likely to be extended for three consecutive terms

Representatives of the Chechen parliament submitted amendments to the Constitution of the Russian Federation with a suggestion to extend the powers of the Russian president for three consecutive terms. 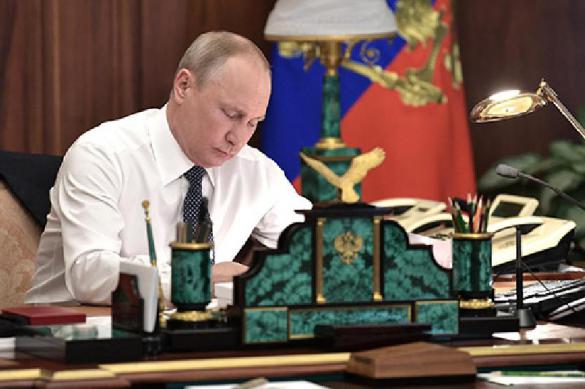 Submitting the proposal to the State Duma, Chechen MPs said that such amendments would be required on account of the complex international situation. According to them, the amendments will not harm Russia's democratic foundations of the state - they will give the people an opportunity to choose their future for themselves.

The Russian Constitution provides for only two consecutive presidential terms. Vladimir Putin took office as President of Russia in 2000. His second term ended in 2008, and Putin nominated his old-time associate Dmitry Medvedev, who at the end of his term proposed his predecessor to run for president again.

Putin took over again in March 2012. In March 2018, he took part in the presidential election for the fourth time to gain a record 76.6% of the electors' support.

In 2008, amendments to the Constitution came into force to extend the presidential term from four to six years.