The approach of Australia and the Netherlands about the need for Russia to pay compensations to families of the victims of Flight MH17 disaster over Ukraine is inappropriate. 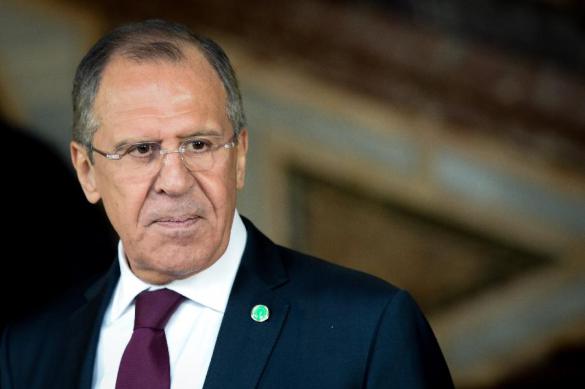 Noting that the investigation into the air crash still continues, Russian Foreign Minister Sergei Lavrov said: "They now claim that already at this stage, Russia is supposed to enter into negotiations with Australia and the Netherlands about the amount of compensations to be paid. This logic is identical to that of the so-called Skripal case, when it was said that most likely, it was the Russians, who poisoned them."

"Therefore, they want us to plead guilty while they will continue the investigation," the minister said adding that the case looks like an attempt to play on Russophobia and divert public attention.

Lavrov reminded that Russia repeatedly provided international investigators with documentary evidence of the crash of MH17, but they were ignored. The information that the Russian side provided included primary data from Russian radars, according to which "the missile could not be launched from the site indicated by investigators. "All that was ignored," Lavrov said.

On May 25, the Netherlands and Australia officially announced Russia responsible for the crash of MH17. "We will seek compensations for the atrocities caused by such behavior," Australian Foreign Minister Julie Bishop said on ABC News the same day. The day before, JIT experts said that the passenger aircraft of Malaysia Airlines was shot down with a missile launched from a Buk system that had been delivered to the Donbass from a Russian military unit near Kursk.

Russian President Vladimir Putin, commenting on the new charges, said: "There is nothing that would make us believe the final conclusions, and it will never happen unless we fully participate in the investigation."

Boeing 777 passenger plane of Malaysia Airlines was shot down on June 17, 2014 in the sky above the Donetsk region. All 298 people on board - citizens of ten different countries - were killed.