Putin explains why he does not meet Donald Trump

Russian President Vladimir Putin believes that he has not been able to have a meeting with US counterpart Donald Trump because of the bitter domestic political struggle inside the United States. 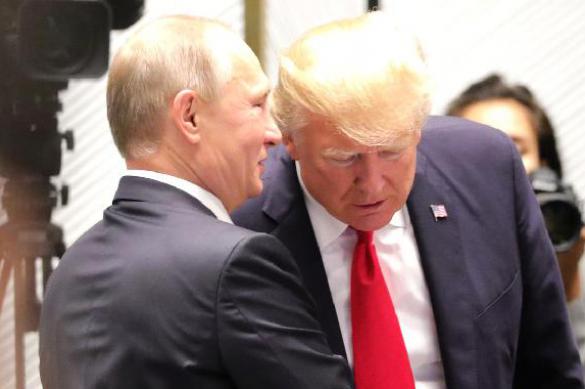 In an interview with Austrian ORF TV channel on the eve of his official visit to Vienna, Putin said:

"One should ask this question to our colleagues from the United States. In my opinion, this is the result of the bitter domestic political struggle inside the United States," Putin said answering a question about reasons for the absence of personal meetings between Putin and Trump.

Putin also said that during recent discussions, Trump expressed concerns about the threat of a new arms race. Putin said that he fully agreed with Trump regarding the issue, RBC reports.

According to journalist Armin Wolf, who interviewed Putin, the questions to the Russian president  had not been agreed with the Kremlin in advance. There were no prohibitions on the topics either. The interview laster for about an hour instead of 30 minutes, Kurier reports.

Trump and Putin first met on July 7, 2017 on the sidelines of the G20 summit in Hamburg, Germany. The conversation lasted for two hours and 15 minutes. The presidents met for the second time during the APEC summit in Danang (Vietnam). In November, they shook hands during the official photo shoot. Kremlin officials admitted that they had tried to arrange a full-scale meeting, although to no avail. Putin's official spokesman Dmitry Peskov said that the Americans put forward unexpected requirements and showed no flexibility. Most recently, it was said that the White House was planning a meeting between the two presidents, but the US administration was focused on the summit in Singapore, where Donald Trump is to have a meeting with DPRK leader Kim Jong-un.