In World War Three, mankind will cease to exist - Putin

Answering the question during his annual Q&A session, about the time when the West is going to lift its sanctions from Russia, President Putin said that the West wants to blame Russia for everything. 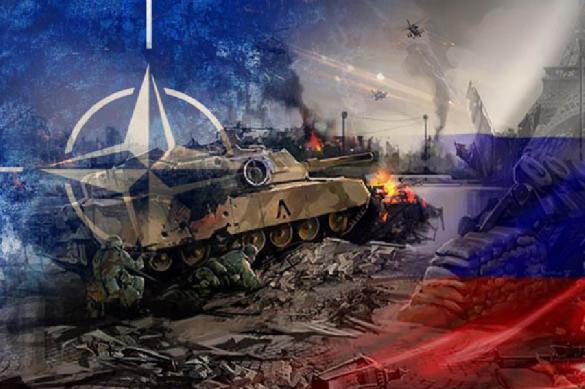 "It gives me the feeling that Russia is to blame for everything, there is a feeling that they do not hear any arguments," he said.

The West imposed sanctions on Russia, because Western countries see Russia as a threat and a rival: "This is an erroneous policy. One should not restrain Russia, but establish normal cooperation. This will show a positive influence on the world economy, and the understanding of this gradually comes."

In connection with the increasing pressure on Russia, the president was asked whether WWIII was going to take place.

To answer this question, Putin quoted Einstein: "I know not with what weapons World War III will be fought, but World War IV will be fought with sticks and stones." One should understand that this war will be the end of the human civilization, and the understanding of this should deter everyone. The United States tries to break this parity, but Russia responds to preserve it," Putin said reminding of Russia's super modern arms systems. "It's time to sit down at the negotiating table," he said adding that

The fear of mutual destruction is an important deterrent. According to him, the world needs new security models.

As for the sanctions, Putin said that Western leaders whisper about the need to lift the restrictions from Russia. Yet, some of them start talking about it in public, especially against the backdrop of a trade war unleashed by the United States.

Answering a question about possible sanctions against Latvia (Latvia banned the Russian language) Putin said that sanctions are counterproductive. He stressed that the situation with "non-citizens" in the Baltic countries is an unprecedented way of limiting human rights.

"It is difficult to imagine that in today's world hundreds of thousands were declared "non-citizens". This concept was invented by the Baltic States to limit people's legitimate rights. Yet, our protective measures should not make their situation even worse," the president said.