During the recent Q&A conference, which took place on June 7, President Putin said that he did not have a successor in the traditional sense of the word. However, he added, he works for a "new, younger generation of managers to appear, who would be capable of taking responsibility for Russia." 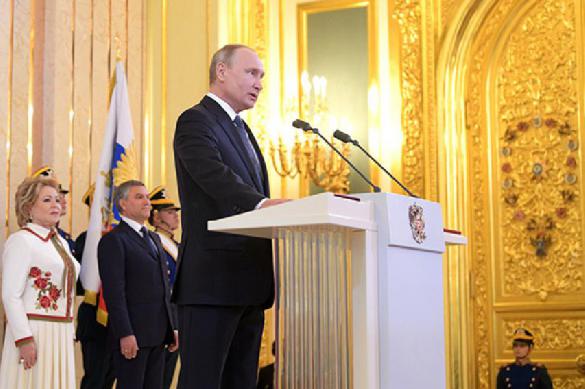 After the conference, a Russian journalist asked Putin whether he was taking about several newly appointed governors, and who deserved paying special attention to.

"One needs to pay special attention to those who works well, who found themselves in their position and corresponds to the high status of the leader of a subject of the Russian Federation. You have named several governors [the journalist named Alexei Dyumin, elected in 2016 by the governor of the Tula region, and Dmitry Mironov, who won the election of the governor of the Yaroslavl region in September 2017]. They obviously work well, but I'm absolutely convinced that it is not only them, but others, whom I have appointed, that work well too," Putin replied.

The president noted that professionally prepared officials, who work hard to achieve their ultimate goals, are successful officials.

"Their eyes are glowing, and I am very pleased about it," Putin added, promising to help newcomers in implementing their plans for the regional development.

However, when asked whether Putin was looking for a successor, the president answered evasively. "Life will show who has the right to claim for something. In the long run, it is up to Russian citizens to decide," Putin said .

In the autumn of 2017, President Putin held a series of resignations of governors, when the leaders of 19 Russian regions were replaced.

Russia's next presidential election will be held in 2024. Under the current legislation, Putin will not be able to run for president again.