The World Cup is kicking off in Russia on June 14. The West has taken a number of attempts to make it fail, although to no avail. However, it is too early for Russia to relax and enjoy the world's biggest sports festival. 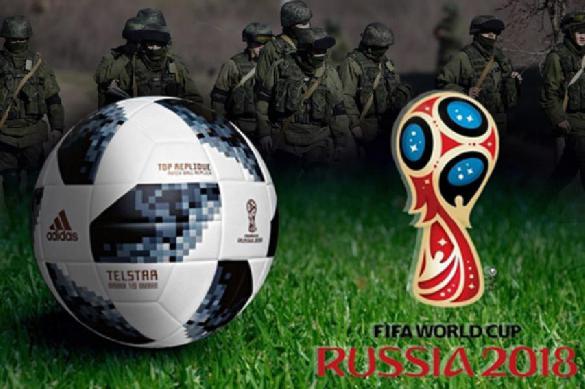 It is worthy of note that the five-day war with Georgia and Maidan riots in Ukraine started on the eve of the 2008 Olympic Games in Beijing and shortly before 2014 Winter Games in Sochi. 2016 Olympic Games in Rio and 2018 Winter Games in Pyeongchang took place against the backdrop of  massive anti-Russian hysteria over the use of doping in sports.

Political scientist Leonid Krutakov said in an interview with Pravda.Ru that modern sport is a political phenomenon. The Ukrainian crisis began when Russia was shackled by the Winter Olympics. As soon as the Games ended, "green men" appeared in the Crimea. It is quite possible that something similar may start again this summer.

"Putin's tough warning to Ukraine about the loss of statehood may stop them. At the same time, though, Kiev proceeds from the national interests of the United States, rather than those of Ukraine. Therefore, if Washington gives Kiev a go-ahead, the Ukrainians will do as they are told," Leonid Krutakov said in an interview with Pravda.Ru.

The expert believes that the anti-Russian hysteria is not going to subside during the World Cup 2018. At the same time, he added, a lot of people, who will come to Russia for football matches, will see that the country differs a lot from what Heather Nauert described as a squid with many tentacles.