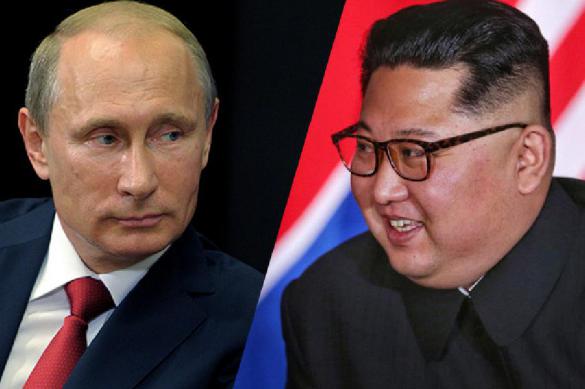 According to him, Kim Jong-un did not write anything about arranging a possible meeting with President Putin. The news about Kim Jong-un's letter to Putin was made public on June 14, when Putin had a meeting with chairman of the supreme legislative and executive body of the DPRK Kim Yong Nam.

Putin invited Kim Jong-un to come for the Eastern Economic Forum, which is to take place this autumn, although the Russian president said that he would be glad to see the DPRK leader in Russia any time.

Earlier, Russian Foreign Minister Sergei Lavrov, when on an official visit to North Korea, invited Kim Jong-un to come to Moscow, and the leader of the DPRK said that he would like to talk to Vladimir Putin in person.