Russia to prove its innocence in MH17 disaster

Russia will continue cooperating with the international Joint Investigative Team (JIT), which investigates the crash of the Malaysian passenger Boeing aircraft (Flight MH17) in 2014 over the Donbass. Russia is ready to present its counterarguments to the results of the investigation. 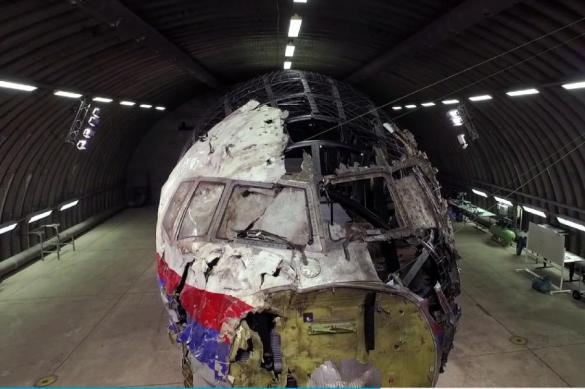 First deputy Russian Ambassador to the United Nations, Dmitry Polyansky, said in an interview with TASS that Russia wants the investigation to be conducted fully. "We advocate full investigation, as it is stipulated by the adequate resolution. Of course, I think we will submit our counter-arguments, although, for the time being, the official data of the JIT investigations have not been published yet - there were only preliminary results," he said.

At the same time, Polyansky added that Moscow does not recognise the results of the investigation that the JIT has conducted so far. Russia, he said, urges the Dutch side to join efforts with Russia. "We are frustrated about the general opinion of Russia being guilty of that, but this is not the case. We are not trying to evade either responsibility or investigation," the official said.

Polyansky noted that Russian representatives had no obligation to cooperate with the JIT. Yet, Russia had provided all the necessary information that the JIT did not even use, Polyansky said.

The diplomat also noted that "the investigation was not full, it was not impartial," since the countries in charge of it had not requested all necessary data from Ukraine.

In particular, he noted, the Dutch side had not requested aircraft radar data from Ukraine. "I used to work in Poland when the air crash near Smolensk occurred (the Smolensk air crash, in which the President of Poland and many members of the Polish administration were killed - ed.). I know what documents they wanted us to provide and we had provided all of them. Everything had been done according to international rules. Yet, they have asked practically nothing from Ukraine during this (Flight MH17) investigation," the official said.

Boeing 777, Flight MH17 of Malaysia Airlines flying from Amsterdam to Kuala Lumpur, crashed on July 17, 2014 in the Donetsk region in eastern Ukraine killing all 298 on board.