Russia "is forced to react to everything that is happening around" the country, Russian President Vladimir Putin said commenting on recent reports about Georgia's and Ukraine's possible accession to NATO. 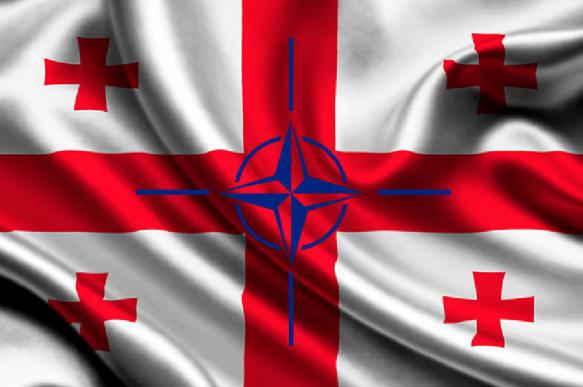 Moscow would have an "extremely negative" reaction to the continued expansion of the Alliance towards the borders of the Russian Federation. This is a threat to the security of the state, Putin said in an interview with Fox News.

When the USSR left the German territory, it was promised that NATO would not move to the east beyond German borders. However, NATO troops had subsequently appeared in many countries afterwards, Putin said. "It happened despite our fundamental objections, they did not care about our objections," the Russian president said.

Putin also said that NATO increased its military personnel by 10,000 people in the areas where NATO troops should not even be in accordance with key documents that build dialogue between Russia and NATO. "This, of course, is a destabilising factor, and we should take it into account in our relations," the Russian president said.