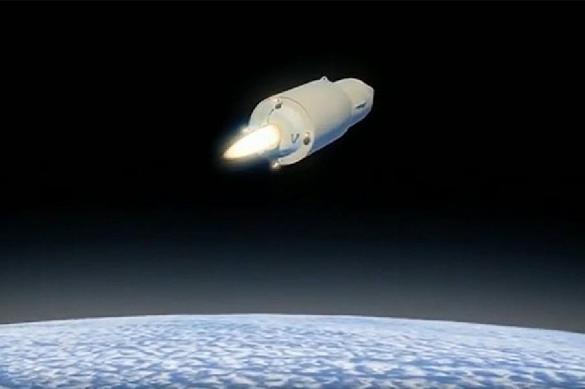 Putin presented the above-mentioned second-to-none systems during his address to the Federal Assembly on March 1, 2018. On Thursday, July 19, the Defense Ministry published a video of the launch of the Avangard missile. The one-minute-long video shows the installation of the missile on the launching pad and its actual takeoff. Afterwards, the animated part of the video shows the separation of the Avangard system from the booster and its further maneuvering towards the target. The development of the complex is complete; the serial production of the new system has been started as well.

In a video about the Sarmat monster ICBM, the ministry included the footage of the missile being transported, installed and launched. The video also shows a few scenes from the production of components of the missile and its engines. The Russian military have finished the pop-up tests of the missile and get ready for flight tests. The Sarmat missile is to pass into service in 2020.

The two-minute video of the Kinzhal missile shows the MiG-31 interceptor aircraft equipped with the new missile taking off from an air base and then launching the missile. MiG-31 airplanes armed with Kinzhal missiles already conduct air patrolling over the water area of the Caspian Sea.

The video about the sea-based multipurpose system Poseidon starts with the footage of technical maintenance. The animated part of the video shows the launch of the Poseidon from the submarine. Then, the torpedo strikes coastal and surface targets, including an aircraft carrier. The system currently undergoes experimental tests.

The video about the new cruise missile Burevestnik armed with a nuclear propulsion unit starts with the launch of the missiles and its flight tracking. The scene then changes to a huge workshop, in which one can see several containers with Burevestnik missiles. The new system is currently being prepared for flight tests. Russian military officials earlier said that the Burevestnik was invulnerable to all existing and prospective missile defense systems.

The video about the Peresvet laser system lasts for less than one minute. It shows KamAZ vehicles leaving the garage and then traveling through a wooded area. One can then see the crew deploying  the combat laser. The system has already been passed into service.

All the new videos are available on the official Facebook page of the Russian Defense Ministry.