Many Russians took part in mass rallies held in Russia during the weekend to express their protest against the decision of the government to raise the retirement age. 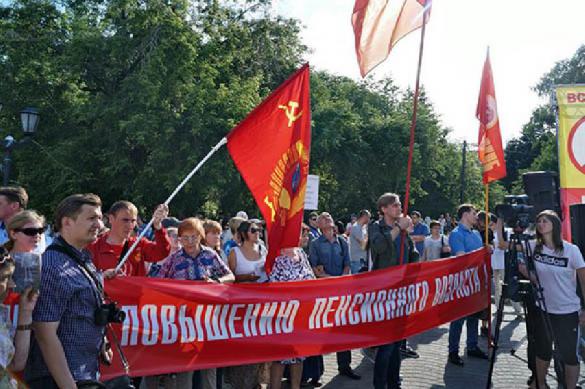 Predictably, the rallies in Moscow were the largest. According to the Ministry of Internal Affairs, about 7,000 Muscovites gathered on Saturday on Sakharov Avenue, and about 3,000 came to the same street on Sunday.

The turnout, of course, could have been much higher, but given that the rallies took place during the holiday season, the numbers are acceptable. Experts say that the Russian government, most likely, was expecting a much smaller turnout. The rallies will not overturn the pension reform, of course, but the people have sent their message to the government.

Many experts believe that the protest activity will increase considerably in autumn.

*The Yarovaya law refers to a pair of Russian federal bills, 374-FZ and 375-FZ, passed in 2016. The bills amend a pre-existing counter-terrorism law and separate laws regulating additional counter-terror and public safety measures. It is known to the public under the last name of one of its creators - Irina Yarovaya. Among the amendments included an expansion of authority for law enforcement agencies, new requirements for data collection and mandatory deciphering in the telecommunications industry, and increased regulation of evangelism, including a ban on the performance of "missionary activities" in non-religious settings.