Russia to keep counter-sanctions against the West for good

Russia will not be the first to abolish restrictive measures that were imposed in response to the sanctions against Moscow's current policy, Russian Prime Minister Dmitry Medvedev said at a news conference following his talks with Finnish Prime Minister Antti Rinne. 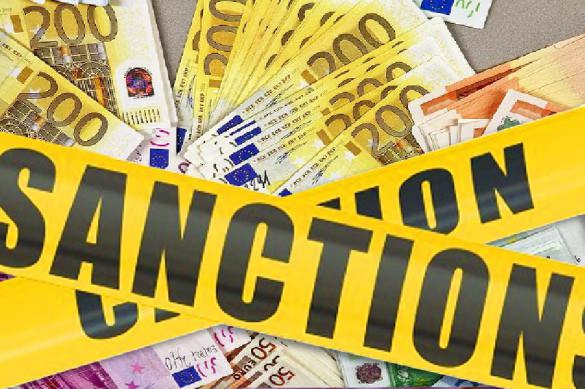 "If we discuss first steps on the part of Russia, the abolition of some of our restrictive measures, retaliatory restrictive measures, then the answer is obvious: of course, we are not going to cancel anything," Medvedev said, answering the question of whether Russia could be first to lift counter-sanctions.

The prime minister emphasized that Russia could preserve counter-sanctions for a long time, but the Russian Federation could still develop relations with European countries. "We'll wait and see: if Ukraine can move forward in resolving the internal conflict, then maybe our relations with the EU, which made this inter-dependent, will become better. Well, if they fail to move forward, then these sanctions will remain for a long time, and our counter-sanctions will also remain in effect for a long time, but even in these conditions we can live and develop," Medvedev said.

The West started introducing international sanctions against Russia in 2014, after the Crimea referendum and the outbreak of hostilities in the Donbass. In response, President Vladimir Putin signed a decree on the introduction of counter-sanctions, which banned imports of agricultural products, raw materials and food products from the countries that introduced anti-Russian sanctions: the USA, EU, Canada, Australia and Norway. Russian sanctions still ban imports of beef, pork, poultry, fish, seafood, cheeses, milk, other dairy products, vegetables, fruits, and some other products from the above-mentioned countries. On August 13, 2015, Albania, Montenegro, Iceland, and Liechtenstein, which joined the anti-Russian sanctions, were included on the list of countries from which it was forbidden to import food products. Russia put Ukraine on the same list from January 1, 2016.

In June 2019, Putin extended the food embargo against the countries that adopted anti-Russian sanctions in 2014 in response to Russia's reunification with Crimea and actions of the Russian Federation in the Donbass.

The presidential administration and the government believed that the food embargo would help  revive domestic agricultural production. Five years later, one can speak about the success of import substitution only in relation to tomatoes, pork and poultry. The profit from sale of these food products totalled 75 billion rubles per year. Most of the items on the list of sanctioned goods can hardly be substituted or can not be substituted at all.