Putin takes measures to rule Russia after he retires

Draft laws on amendments to the Constitution of the Russian Federation, which Russian President Vladimir Putin proposed during his 16th Address to the Federal Assembly are likely to be submitted to the State Duma in February-March 2020. 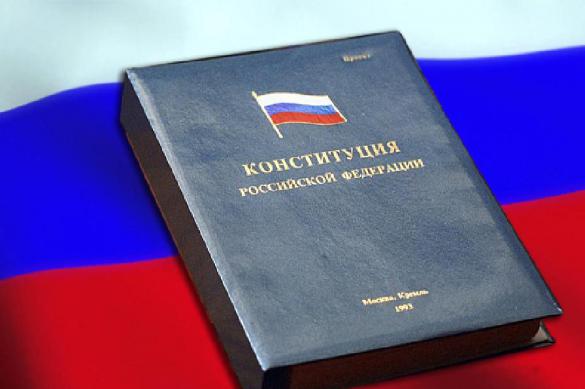 The nationwide vote on these amendments is planned to be held before May 1, a source in the Federation Council said. According to the source, the all-Russian voluntary vote about the draft laws pertaining to the amendments to the Constitution will take place before May 1.

In his Address to the Federal Assembly, Putin noted that in order to amend the Constitution (the amendments will give him an opportunity to rule Russia even after he leaves office as president), one needs to hold a nationwide discussion.

"Given that the proposed innovations envisage significant changes of the political system, the work of the executive, legislative, judicial powers, I consider it necessary to hold a national vote about  the entire package of proposed amendments to the Constitution of the Russian Federation," Putin said in his speech on January 15, 2020.

The authorities are currently developing a procedure for holding such a vote, which is not going to be a referendum from the technical point of view. Putin's spokesman Dmitry Peskov stated that a referendum on the subject was out of the question. Therefore, to amend the Constitution, it would be enough to obtain a simple majority of votes at any turnout. It will be a package voting, in which there will be one point offered to vote for all the proposed amendments at once. It is worthy of note that the amendments, which Putin proposed, are going to be revised, supplemented and clarified by the Federal Assembly and the "working group."

During a meeting with members of the working group, Putin ordered to develop a format for an all-Russian vote to amend the Constitution of the country. Noteworthy, there are 74 people in the group, of whom only eleven are legal scholars.