Former Prime Minister of Russia Dmitry Medvedev does not see the resignation of his government as something special. According to him, such changes are natural for any country. 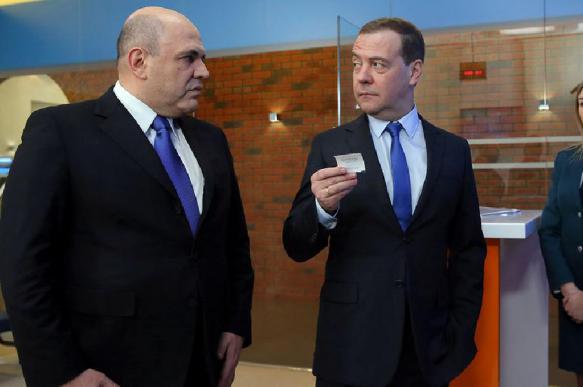 In addition, Medvedev noted that a change of the government heralds other changes in a country - "constitutional or some other changes."

The former prime minister expressed a hope that after the formation of the new government everything will happen "in the proper way."

Dmitry Medvedev and Russia's new Prime Minister, Mikhail Mishustin, talked to each other tete-a-tete on January 17 for more than an hour. Afterwards, they held a meeting with members of the government. All ministers were invited to the meeting. Medvedev wished the new prime minister and the government success.

On January 15, Russian President Vladimir Putin fired Dmitry Medvedev's government. Putin picked the head of the Federal Tax Service (FTS), Mikhail Mishustin, to be the new prime minister. The members of the resigned government will continue working until the new cabinet if formed.