Putin and Erdogan agree on ceasefire in Idlib

Russian Foreign Minister Sergei Lavrov read out the text of the additional protocol agreed by Presidents of Russia and Turkey Vladimir Putin and Recep Tayyip Erdogan at negotiations in Moscow. Putin and Erdogan met in Moscow on March 5, 2020, to discuss the settlement of the crisis in Syrian Idlib. 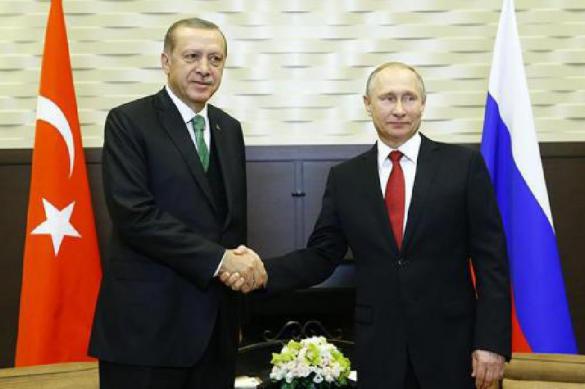 The talks between Putin and Erdogan lasted for about six hours, including more than two hours of one-on-one conversation between the two presidents.

The additional protocol agreed by the parties refers to the "Memorandum on the stabilization of the situation in Idlib de-escalation zone", which was signed in Sochi in September 2018 following the results of the negotiations between Putin and Erdogan. The original document was never officially published, although a few excerpts from it were published in Arab and Russian media. The parties then once again agreed, in particular, to create a demilitarized zone in Idlib and conduct joint patrolling activities.

The reason for the Russian-Turkish summit talks in Moscow on March 5 were held against the background of the sharp aggravation of the crisis in Idlib, where a large-scale offensive by the Syrian army against the positions of the armed opposition and terrorists began in January.

Government forces managed to recapture almost half of the Idlib de-escalation zone and leave behind a number of Turkish observation posts. This caused Ankara to increase its military contingent in the region, launch Operation Spring Shield to oust Syrian troops and strengthen support for loyal militants.