The State Duma announced a break to hold consultations with Russian President Vladimir Putin after MP Valentina Tereshkova proposed amending the Russian Constitution to give the incumbent head of state an opportunity to take part in the 2024 presidential election.

Speaking at a State Duma meeting, Valentina Tereshkova (first woman in space, currently a member of the United Russia faction in the Russian Parliament) stated that Russia may come across unpredictable risks against the background а the current state of affairs in the world. According to Tereshkova, "reliable insurance must be provided." 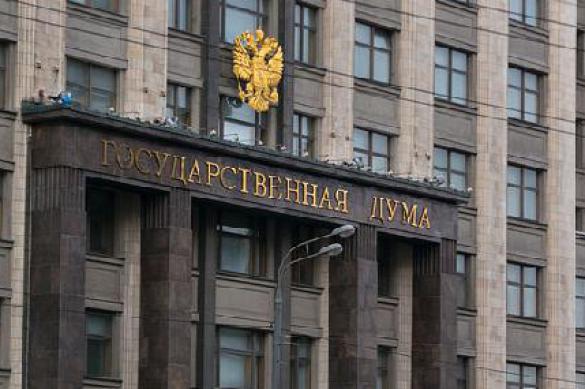 "I am 100% sure that strong presidential power and moral authority of the leader who holds this post can serve such an insurance. Therefore, all the options for possible changes that are currently being discussed in the society are about Vladimir Vladimirovich Putin. Let's put this straight, people are worried about what is going to happen to Russia after 2024," Tereshkova said.

Putin is the person, whom the Russian people count on, Tereshkova said, expressing a hope that all State Duma deputies understand this.

"The question is not really about him - it is about us, the citizens of Russia and the future of Russia. If so, what's the point in erecting some artificial structures? One needs to arrange everything honestly, publicly and clearly. One could lift the restriction on the number of presidential terms from the Constitution, or, if the situation asks for it and if people want it, then one should provide a legal opportunity in the Constitution for the incumbent president to be re-elected to this post," Valentina Tereshkova said to a storm of applause.

Russian Parliament Speaker (State Duma Chairman) Vyacheslav Volodin announced a break in the meeting for consultations, including with Vladimir Putin himself.

It is worthy of note that Vladimir Zhirinovsky, the leader of the Liberal and Democratic Party of Russia (LDPR), proposed changing the procedure for electing the president of Russia. According to him, since 2024, the right to appoint the head of state must be transferred to the State Council, which will choose between a few proposed candidates.

"One should stop rocking the country for six months every six years. It is hairdressers, fashion models, lumberjacks, who go to the elections. We have a constitutional body - the State Council. One should collect best people of the country: best scientists, deputies, ministers, governors. They are all elected. Let them decide who will be the head of state," Zhirinovsky said on Russia 24 television channel.