Official: Putin to stay in power at least before 2036

The State Duma gave the third, final reading to amendments to the Constitution of the Russian Federation. As many as 383 deputies voted for, 0 - against, 43 abstained. During the second reading on March 10, the State Duma adopted the amendment from United Russia deputy, Valentina Tereshkova, that allows President Vladimir Putin to run in the next election. Putin himself said he approved the amendment, but it is up to the Constitutional Court to give its assessment to it. 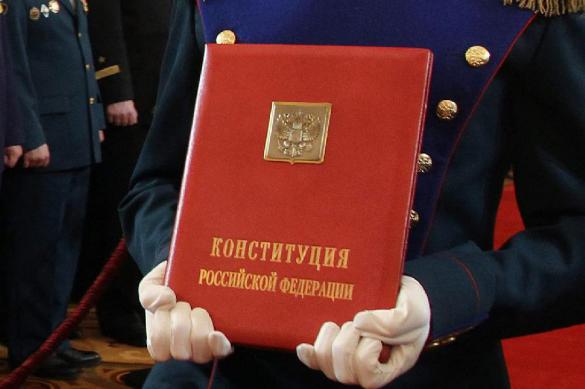 The amendments to the Constitution will now have to be approved by the Federation Council and regional parliaments. Formally, they have a year for this, but in fact the time period has been restricted to the date of the all-Russian vote, after which the amendments will enter into force. The voting is tentatively scheduled for April 22. It was reported that Putin plans to sign the amendments on March 18, the day, when Russia reunited with the Crimea in 2014.

Many Russians are concerned about the presidential initiative to amend the Constitution, which Putin himself promised not to do for two decades. According to the opinion polls conducted by Levada Center, 47% of Russians believe that Putin needs the constitutional amendments to enable himself to retain power after 2024. Putin assured that the amendments were "dictated by life," rather than by his desire to stay in power.

Experts note that the general content of Putin's initiatives still remain unclear to many Russians. Moreover, the amendments, contrary to the law, are not interconnected. They will be put to a vote as a single package, which deprives citizens of the right to vote for each amendment individually.

The Russian authorities are obviously in a rush to make the package of amendments ready for the voting day (April 22nd). For example, Putin suggested writing in the Basic Law that children are "the most important asset of the Russian Federation." Critics of this proposal indicate that the word "asset" is synonymous with the word "property", and remembered serfdom, abolished back in the 19th century.

It is assumed that the rule on the ideals of ancestors and faith in God in the new version of the Russian Constitution will coexist with the wording of Russia being a secular state. The Constitution will read that Russia "honors the memory of the defenders of the Fatherland and ensures the protection of historical truth."

For the time being, the Kremlin prefers not to answer any questions about details of the new amendments. For example, when asked what god the authors of the amendments had in mind exactly, Putin's official spokesman, Dmitry Peskov, said: "I think this will be clarified in a timely manner."