Putin announces one month of quarantine in Russia

On Thursday, April 2, Russian President Vladimir Putin, for the second time in eight days, addressed the nation in connection with the epidemic of coronavirus. At the moment, there are 3,548 cases of coronavirus in 76 regions of the country; the virus has claimed the lives of 30 people. 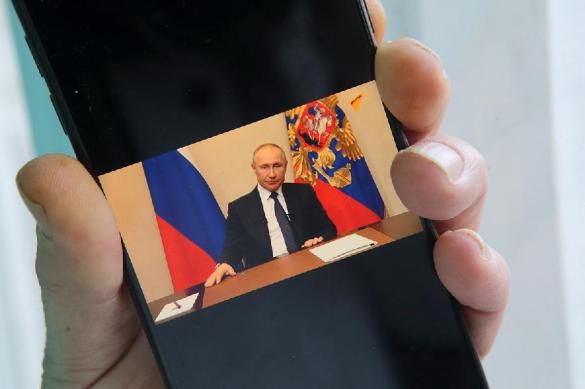 In the course of the address, the president announced all of April a non-working month across Russia. The decision aims to combat the spread of the novel coronavirus in the country. The peak of the epidemic in the world has not been passed yet, and Russia is not an exception, Putin said, adding that the number of non-working days could be changed, depending on the situation.

The first priority for the authorities is to preserve jobs and salaries for the people, the president said. Putin also announced the need to introduce tougher measures in Russian regions. Local governments will be provided with additional powers as per the need to introduce tough restrictions for the struggle with coronavirus. He also ordered regional authorities to restrict the movement of individuals and vehicles, except transportation between regions.

Putin thanked all who follow recommendations from the authorities the purpose of which is to curb the spread of the infecton. Common responsibility and mutual support is extremely important against the background of the crisis.

Non-working days in Russia started on March 30. The situation in Moscow is most serious, and it has not been possible to curb the spread of the coronavirus infection. The President believes that the infection poses a serious threat to Moscow residents in the first place.

Earlier, Putin empowered the government to introduce a state of emergency throughout the country.

Moscow and most Russian regions currently live in self-isolation regime. Leaving home is allowed only in cases of the need to receive emergency medical assistance, and in cases of direct threat to life and health. It is also allowed to shop for groceries at the nearest grocery store, go to the pharmacy, and walk pets.

Over the past 24 hours, 771 new cases of coronavirus infection have been reported in 29 regions of the country.