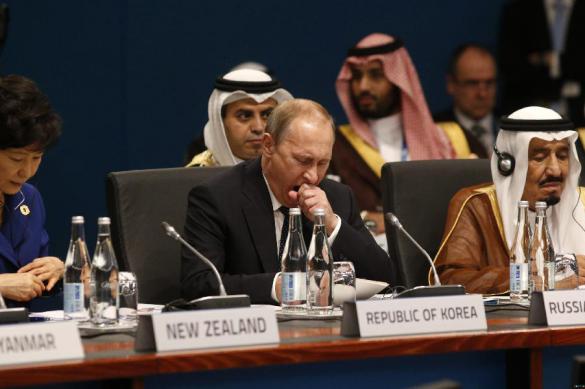 It appears that the parties are now ready to sit down at the negotiating table again. It took them a little less than a month to do so. During the OPEC + meeting, which took place on March 6 in Vienna, Russia proposed to keep the current production level, while Saudi Arabia insisted on an additional reduction due to the spread of the coronavirus infection. As a result, the deal ceased to exist on April 1, the Saudis announced a sharp increase in oil supplies and launched a price war, which caused oil prices to fall to $25 per barrel or even lower.

On April 2, Saudi Arabia called for an urgent meeting of the countries participating in the OPEC+ deal to reach a fair agreement on balancing the market, SPA, the state-run publication of the Kingdom reported.

US President Donald Trump wrote on his Twitter page that he had talked to "his friend" Mohammed bin Salman, the Crown Prince of Saudi Arabia, who, in turn, had had a conversation with Russian President Vladimir Putin. Trump set out a hope that the parties would again agree to cut production by ten million barrels or even more, which would entail highly positive consequences for the industry.

The Kremlin refuted negotiations between President Vladimir Putin and the Crown Prince of Saudi Arabia.

It is worthy of note that the United States is not a party to the OPEC+ deal. During the time of the agreement, the USA has increased production by four million barrels - to 12.2 million barrels per day. However, it was American companies that have suffered from the fall in oil prices most, because they extract expensive shale oil, the production of which can be profitable at prices above $40-50 per barrel.

Russia's oil production in the first quarter of 2020 amounted to 11.3 million barrels daily, while Saudi Arabia announced plans to increase oil output by more than 25%, to the nearly maximum level of 12 million barrels a day, starting from April 1.

Crazy price war should come to an end

On April 2, Russian Minister for Energy, Alexander Novak, admitted in an interview with Echo of Moscow radio station that the talks between Russia and Saudi Arabia to revisit the deal to limit production could be possible, if other countries outside OPEC+ were interested.

Trump announced his telephone conversation with Putin on Monday, March 30. According to the US president, the oil price war between Russia and Saudi Arabia is "crazy."

During the conversation, the presidents of Russia and the United States exchanged views on the situation on the world oil market and agreed on US-Russian ministerial consultations on this subject. First consultations were held on April 1, when Russian Minister for Energy Alexander Novak spoke to his US counterpart, Dan Brouillette. Soon afterwards, Trump announced that a solution could be developed in the near future.

Immediately after Trump's announcement of negotiations between Russia and Saudi Arabia, the State Department said that if Russia's Rosneft left Venezuela indeed, the sanctions from its subsidiaries should be lifted.

Columnists
The world cannot breathe! Squashed by the USA – a country built on genocide and slavery
Asia
China refuses from US food